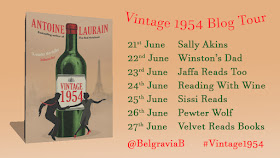 Before I hand you over to the extract (got a glass of good wine or beverage at hand?), I just want to thank Ellen from ED PR for asking if I want to be involved in this tour. And if you want more info on this book, you can check it out at Gallic Books's website. 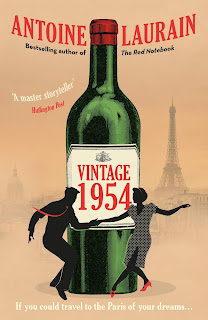 
The wine produced by the Saint-Antoine vineyard in 1954 had been exceptional. The eight hundred bottles of that vintage were all snapped up that year. Even though the wine was new it seemed to have the depth of flavour of a thirty-year-old grand cru. An oenologist declared that he detected  ‘the tannic notes and lingering flavour of a very good Chambolle-Musigny’. Jules Beauchamps said that was because of his hard work and the new techniques he had used. But he was never able to reproduce such wonderful wine and Château Saint-Antoine reverted to being the very ordinary table wine it had always been.
Pewter Wolf at 11:27:00
Share