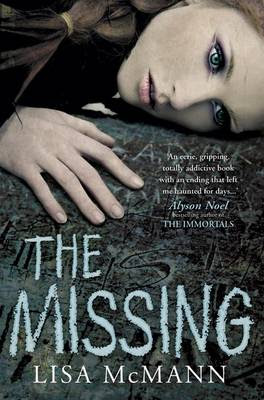 As you guys knows, I really like Lisa McMann's Wake trilogy so when news hit me that her stand alone novel - Cryer's Cross - was getting published in the UK (under the new title of The Missing), I got excited then worried. Will it live up to the Wake hyper? And for quite some time, I was wondering if I should even buy it? And then, Tescos started selling copies SEVERAL MONTHS EARLY - and I couldn't resist.

So, the story. The small town of Cryer's Cross is shocked when a girl called Tiffany vanishes without a trace. Kendall didn't know Tiffany well, but her disappearance upsets her OCD. Months slowly pass and life returns to normal. And then Kendall's maybe boyfriend, Nico, vanishes in exactly the same way as Tiffany. The town is thrown into shock as is Kendall. With the town in a state of fear, Kendall's OCD makes a connection bewteen the disappearances: both Tiffany and Nico sat at the same desk. And then the messages start. Is Kendall slowly losing her mind to her OCD and grief? Or is something more sinister and frightening happening in Cryer's Cross?

If you look for secrets in the small town, you'll find huge and terrible secrets...

Now, let's get this straight. As I have said in a previous blog, I don't like the UK title of The Missing. I much prefer the title Cryer's Cross. And though I don't exactly like the UK cover (the US cover is CREEPY AS HELL!), the cover has slowly grown on me. I can now accept it, though I still don't like it.

And before you say it, you guys are right. NEVER JUDGE A BOOK BY ITS COVER! 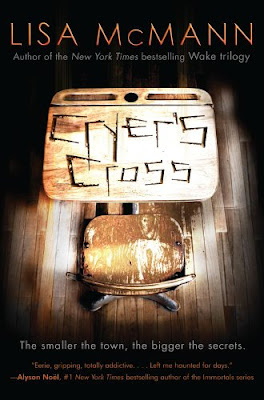 So, the story itself. I really like it. It is a perfect book to come out after Wake. It has the same levels of story telling and characters you can relate to. And yet, it feels different.

Maybe it's because of the main character, Kendall. She's a character that I really liked and it was interesting to read a character who has OCD. I have never read a book where this issue had been tackled and yet, isn't the main issue of the story. The main issue was the disappearances, but the OCD was there and didn't feel like Lisa decided halfway through the story to have a book about OCD and just threw it in. It felt like Lisa took great care in tackling this issue (in one interview, Lisa said her daughter suffers from OCD and she just wanted to tackle this issue) and it shows.

Also, there were little paragraphs in the book entitled WE. And... THEY WERE CREEPY! Seriously. They were just creepy! And once you figure out why, it makes those paragraphs more creepier! 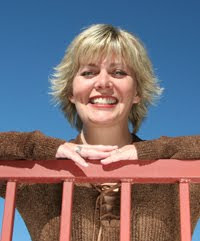 One thing I wanted to talk to you about which I think Lisa did perfectly in this book: the not knowing. These character suffer the shock of the disappearances, but it's not the not knowing that is far worse. The not knowing if they were alive or dead, and then you see the world/life is still going on yet your stuck in this limbo.

So, if you're a fan of Wake, you will be thrilled to read Cryer's Cross or The Missing.

Now, here is all the trailer, interviews and the song I listened to at one point in my reading blitz (blame Grey's Anatomy again...)