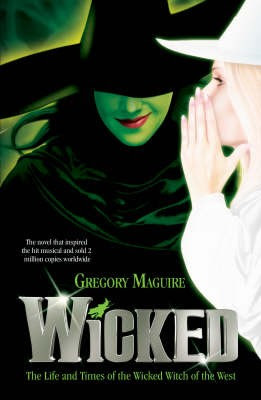 I know I should be sitting down and talking to about the new book by JK Rowling, The Casual Vacancy. But at the time of writing this, I don't have my copy. And by the time you'll probably be reading this, I will be either waiting by my front door for my copy or I will be in London, listening to JK Rowling speaking (I CAN NOT EFF-ING WAIT!) or I will be reading this into the wee hours of the morning.

So, while you wait, let me give you a review of Wicked, the first book in The Wicked Years series, written by Gregory Maguire. Now, before you ask, when I bought this, I knew this was the inspiration behind the West End & Broadway musicals and I knew that the book would be much darker, dealing with sex and politics. So, I went into read this eBook with my eyes open.

So, we all know the story of The Wizard of Oz, don't we? So, what happened before Dorothy arrived in Oz? In truth, what made the Wicked Witch of the West - Elphaba - be called wicked? And what is the true nature of evil?

I am in two minds over this book. I am. I haven't seen the musical and I'm pretty sure that, if I did, I would love it. But this book... it's a fickle creature. There were times over the month I read it when I enjoyed reading it, and other times, I grew more and more frustrated over the characters and their reactions. Or the things that were mentioned and then never discussed in depth again.

It's an OK read. And, to me, that's it. It was OK. Out of the five parts this book was split into, I was expecting to enjoy the final part where the Elphaba came face to face with Dorothy, but actually, I found the third part of the book most gripping. The part where Elphaba has an affair with a married man - but not out of spite, but because they both fell in love with each other and needed each other. 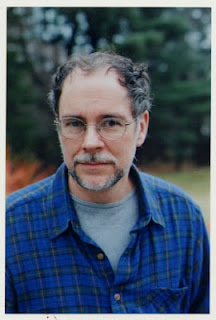 But I did find this book taxing at times. I think this is because I like all the book I read to have a feeling of reality to them. Even in the most magical world as Oz, I want there to be a feeling of reality in it and its characters, who have emotions, flaws, fears, etc. But with this book... I never felt that. I never felt a connection to the characters and their reasonings/reactions.

Not only that but they would do things or lines would be said that grated on me. For example, a child went missing for several days and, yet no one notices. And when he is discovered and everyone is trying to save him by trying to tear off his wet clothes and smear him with lard to keep him warm, this line pops up in reference to one of the other child: "This gave the children a case of the giggles, and made Irji feel very funny in his trousers, for the first time in his life." For some reason, this whole sentence just grates of me. For an adult read, to take the issue of a young boy maybe getting his first erection in this slightly trivial way is a bit unnerving.

Maybe I am reading too much into this one sentence. Maybe Gregory is doing something quite clever and writes it as if from the child, Irji, point of view. Something funny happened in his trousers, yet he has no idea what or why. But still, it bothers me so.

This was written to be a standalone, yet several years later, Gregory Maguire made it the first in a four book series with the sequels: Son of the Witch, A Lion Among Men and Out of Oz. But after what I've read in Wicked, would I go buy the rest of the series? Not really, no. I know there are fans of this series and they are probably going to hunt me down as I speak, but this wasn't my reading of tea as I hoped. Sorry.

Maybe I should just go watch the musical up the West End... Anyone fancy coming with me?