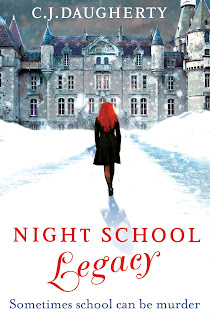 I managed to nab my hands on a copy of Night School: Legacy when I took part in the Night School Legacy blog tour (did you take part?) so when I have now read it and can be honest with you on my views on the book.

Allie has turned her life around. Before she was forced to join Cimmeria Academy, she was arrested three times and her family was close to a breakdown since her brother's disappearance. But at the Academy, she has got her life back. But after the fire that nearly destroyed the school (and her with it), Allie realises that Cimmeria isn't as safe as she first hoped. The school is at a centre of a conspiracy and outside forces - along with her brother's help - want control of it. And with someone inside the school working as a mole for the enemy, Allie has to be careful who she trusts. But secrets are dangerous things. They can rip the strongest of relationships apart. They can get someone killed.

As you guys are probably away if you go back to my review of Night School (which was last year, I think), I read it thinking it was a standalone and didn't rate it so highly. This time round, I know that Legacy (ok, am shortening it to this, hope that's ok for you guys) was the second book in a series so I knew there would be unanswered questions. I knew things will hit the fan. But when they did...

I really liked it. I walked into this book as if I was greeting an old friend and thoroughly enjoyed it at the beginning. But the end, I wanted to kill a few characters. But that's getting ahead of ourselves. First, let's get into the pros of this book.

It's still a slow thriller. We still have that sense of foreboding. Oh, CJ, you know how to make that work for you. And now we have the feeling of being inside a conspiracy theory, it seems more complex and layered. The character development matches the pace of the book and feels real. Like these characters are growing. And with everything that is slowly unravelling and some of the threads being wrapped up and others left annoyingly dangling (WHO'S THE MOLE, CJ?! WHO?!), making reading the next book interesting ... 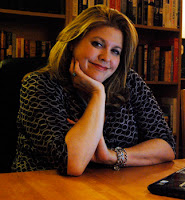 I have one or two faults. Sorry, I do. I always do, I find recently. First is character development  Yes, I know I said this is a good thing (and it is), but with a character (naming no names), I wondered if they had a personality transplant. Who was this angry, possessive, controlling person, for they weren't in the first book? And I got so angry over this, the author tweeted me to see if I was ok and had calmed down (I did, but I had to stop reading it for the rest of the day).

The second thing was everyone's reaction. Now, I'm sorry, but one of the bad guys was a former student of Cimmeria and he killed people. Let's say that again. Killed. So, while they was extra security (which is fine), the characters were allowed to do midnight patrols of the grounds (when it has been known that he got pass security on several occasions), have a party at castle ruins because of tradition (again, knowing that a killer could get pass security) and hosting a Winter Ball with high profile people in the world of politics (with again, this guy has got pass security and the fact that there's a mole in the school). Sorry, but I found that hard to believe. I found it hard to believe that, if this was real, that this would be the way to go...

Anyway, Legacy. I liked it. It's better than Night School. And I'm intrigued over the next book, but I kept picking holes in it...