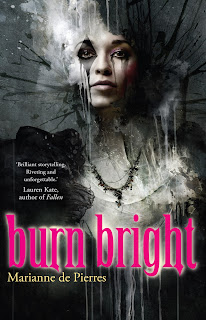 I am blaming Braiden from Book Probe for talking me into buying this series. I bought the first (I paid for it) only to discover a few days into read this that the whole trilogy is now being sold on Amazon.co.uk for free! FREE! (At time of review's release, the eBooks are now no longer free. Sorry. Must have been a special...) So insert my sigh here and we shall get on with the review.

The island of Ixion is an escape for runaways. A place of ever night. A place where music, lust and parties rule. A place where there are no rules, and the few the Ripers (the Guardians of the Island) give are simple enough. Party hard but rest when you must. Go to confession every now and then. And don't stray from the well-lit paths, or the Night Creatures will claim you.

Retra only comes to Ixion for one reason. Her brother, Joel, ran away there two years ago and now she going to get him back. But once she gets to the island, she finds herself being slowly pulled into the intoxicating world. But she has questions. What happened to Joel? Who are the Ripers? What are the Night Creatures in the shadows that she alone seems to see? What happens to those who become too old to stay on Ixion? And can Retra remain true to who she is?

It doesn't take long for Retra to realise: when you live in a world of darkness, you also live with the creatures of the dark...

Before I go anyway, the cover. Can we please talk about the cover? Isn't it freaky? But in a good way freaky? It gives the vibe of goth-punk which fits the book so well.

Now, the story. I found it very addictive. I started reading this late Thursday night and I finished this on a Sunday. I was busy on the Friday and Saturday (one family related and the other is kinda secret for the time being...) but if I didn't have these, I would have finished this book late Friday night/Saturday morning and I think I would have dived straight into the second book of the trilogy, Angel Arias. I found the world of Ixion intoxicating and fascinating. This story had a gothic punk edge to it and the idea of this world being so dark and because of this, pleasure and danger seem to go oddly hand in hand.

Retra is an interesting character. When we first met her, she is quite timid and isn't the type of person that would go to Ixion. She doesn't want to wear clothes that revealing nor is she the type of person would be into easy sex and take drugs that seem to ready available to the other characters. But she isn't completely helpless. This is the same with two friends she makes very quickly: Suki and Rollo. Both characters weren't typical YA characters either. Both wanted to party but both characters have layers. Suki is a fighter and, in my mind, win a fight against my man and yet we see moments of tenderness from her towards Retra and Rollo. Rollo is like a character you would see out of the TV show Skins (the UK version, not the US version). He wants to party and will happily take his clothes off in clubs but he's smart and has information about Retra's old home of Grave and her new of Ixion that makes you wonder how far apart they are (though there are times you think "Isn't him knowing that a bit... well... easy?") 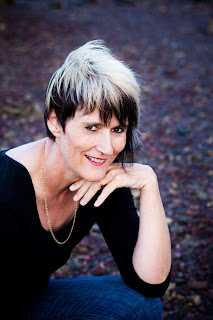 The love interests. Ok, I wanna throw this out there. I didn't see or feel anything for the love interests of the human Markes and the Riper leader, Lenoir. I saw nothing with Markes and her. To me, it feels like a crush you would get as a teen. If this is the case, I will be interested to see how this develops or not develop. In Lenoir's case, I'm not sure how to feel about him and Retra. I can't help wondering if there is an attraction between the two of them or if it's because of the bond that they have by the end of the book. I do hope the rest of the trilogy clears it up for me...

There are flaws and problems which I think you guys will guess. I know some of you will hate the idea of sex and drugs being readily available (if this is the case, you might want to avoid this book), but the main problem I had and I think most readers will have with this book is confusion. If you are not on the ball while reading this, you will get confused very quickly. You will get confused over names of clubs, names of churches (if you want to call them that) and names of characters (some of which changed their names halfway through the book to their Ixion names). If you are not with it, you will get confused. I had my reading crime head on so I kept most of it straight in my head (though there are times I did have to go "Wait! Hang on...")

But I really enjoyed this. I got sucked into this dark, kinda messed-up world and I do plan to read the rest of the trilogy by the end of the year!