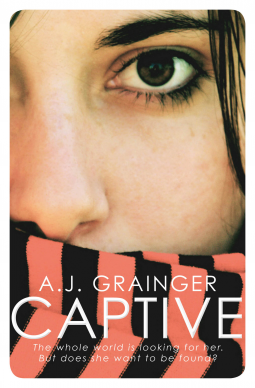 Robyn Knollys-Green is the daughter of the UK Prime Minister. She is also kidnapped. Trapped in a room with kidnappers that seem to think she willsolve everything, Robyn is scared for herself and her family. This wasn't the first time that something this awful had happened to her...

But, slowly, Robyn begins to find out that she's in trapped inside a web of global corruption, lies and betrayal. And with one of her kidnappers - the one with the green eyes - might not be the bad guy... But if he isn't, who is?

Ok, am going to say this right off the bat. This is a mixed bag. It is a debut and it's fairly strong, but there are flaws that made me want to throw my kindle across the room is fury. I mean, seriously?!

Ok, let's get the negative out of the way because I had two or three HUGE problems with this. And if I get them out of the way, I can then rave (because I do like this book) about the book's good points.

The first problem I had was the term "Princess". It was used a lot by the kidnappers to Robyn. And I totally get why - if they call her by her name, she's a human. She's someone's child. A person. But the more I heard it, the more frustrated I got.

My second was Robyn's reactions in some situations. There was one scene I remember where I was shaking my kindle. She didn't react the way I thought someone would in her situation, but the reason for this was because of my third and my biggest problem.

There was a hint of romance. A sniff of one, you could say. I was warned over this before I started reading this so I braced myself but still, when I saw it begin to develop at the halfway mark, I instantly hated it. I found it was rushed and really? In that situation? What about Stockholm syndrome - could it be that? Nope, because Robyn knew it wasn't. But, if you had it, you wouldn't think you had it, right? I was just against it and, because I felt that way, I never believed it. But I think this is a me issue...

However, with all my ranting, I did like it. I did! I found a good chuck of the book addictive. I love the thriller-element (I love thrillers so I knew I was going to like this) and I never felt bored while reading. Even with the tiny flashback to what happened a few months prior to Robyn being kidnapped, I never felt bored or rolled my eyes. And with AJ giving clues to why this was happening to Robyn and, even then, you couldn't really trust it till you heard it from one person's mouth.  It had a feel of a Sarah Alderson novel.

So, while this does have its faults, I think Sarah Alderson's fans will love to get their teeth into this...