I try and leave the Harry Potter fandom. I tried to escape... but look what happened!

But we all knew that it wasn't so hard to fall back into the fandom. I mean...

So, let me talk about Harry Potter and the Philosopher's Stone. 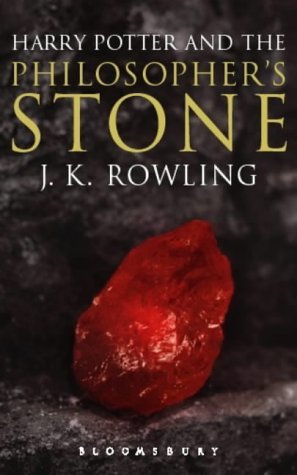 The main thing I noticed was the little things. It was interesting to see JK Rowling's writing when she first released Harry Potter and compare it to her latest novel. It has grown and evolved. (She used the word "said" quite a bit (a tiny pet peeve I have now as a reader but, back then, I didn't notice it!)

It was also interesting to see the tiny details and to go "She knew!". I could make one very long list, but let me pick on a few of them.

The first is the snake from The Vanishing Glass. To most people, this is when Harry talks to snakes for the first time. BUT, is it the first time we meet Nagini? I always had this theory and I think JK Rowling admitted somewhere that this snake is Nagini (Pinterest?) but if anyone can find out which interview she confirmed it in, that would be grand!

Another was when we met Quirrell the first time in Diagon Alley. In the Leaky Cauldron (in an early draft of this chapter, JK Rowling admitted that Rita Skeeter was in this scene - imagine how DIFFERENT the series would have been), we meet him but he isn't describle much in detail. We didn't know he was wearing a turban till The Sorting Hat chapter. So was he always wearing a turban? One has to wonder...

Plus, in Diagon Alley, when Harry met Draco Malfoy for the first time in Madam Malkin. Draco asked Harry for his surname. This has always struck me as odd. Why would an eleven year old ask for your surname? It's only in this reread that I got it. If he is from an old pure blood wizarding family, then your surname is important. It's your status of a wizard! HOW HAVE I ONLY JUST GOT IT NOW?!

Another thing that caught my attention was when the Gryffindor's and Slytherin's had their first lesson and Neville had to go to the Hospital Wing with Madam Hooch. Draco makes a joke about Neville that makes the Slytherins laugh and it's Parvati Patel who speaks out against Malfoy. Not any from the main trio, but a side character! That is very telling.

There is faults with this book - I can see that now, with JK Rowling's discovering her voice - but it's great to reread this and discover new details and my love for this series.