#re3 - The Bad Beginning 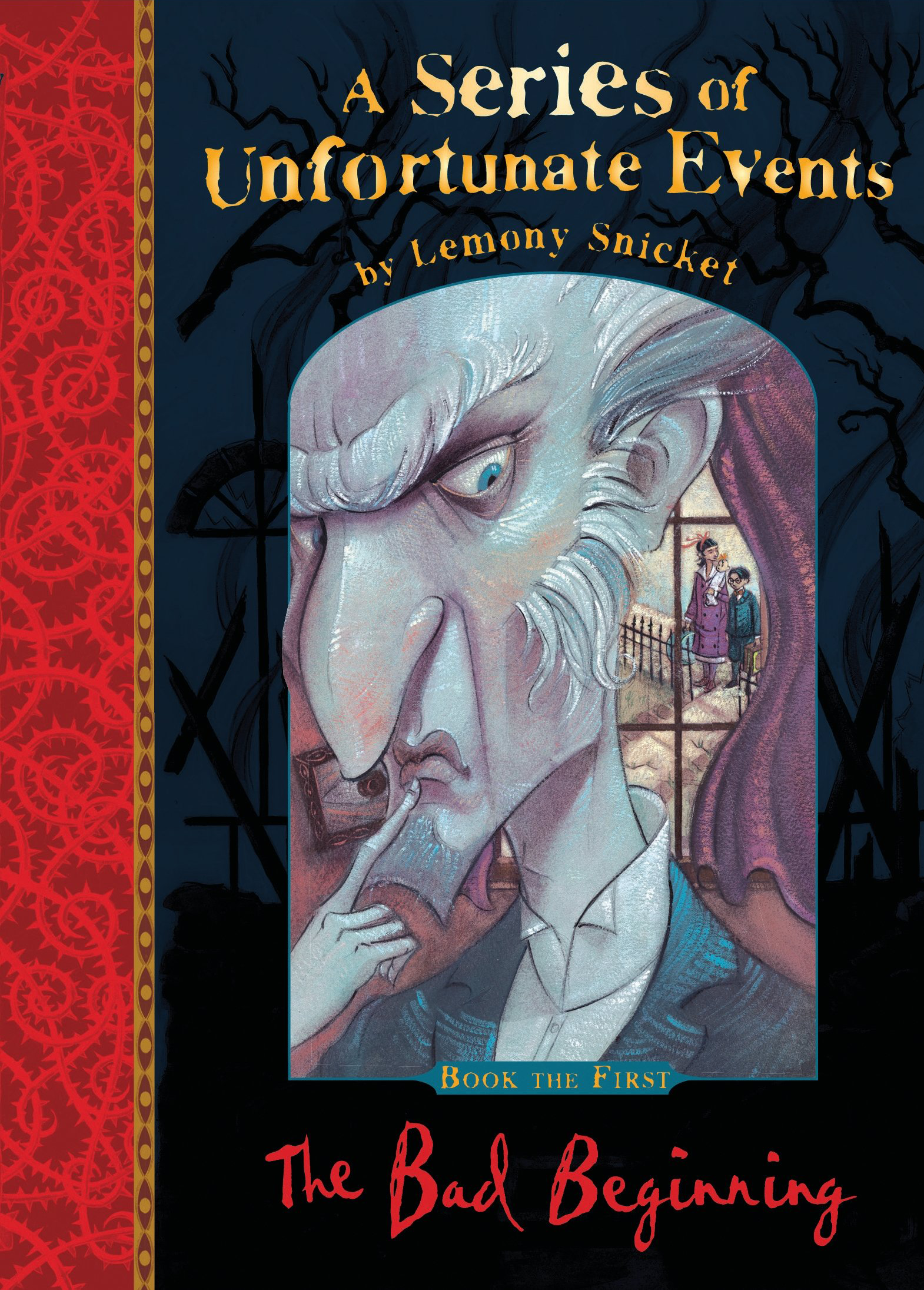 Let's start the year of book reviews and rereads as we mean to go on, shall we?

The Bad Beginning is the first book in the Series of Unfortunate Events series - a series I have been thinking on and off to reading (or rereading) throughout the course of this year (it's only an idea and I'm still not sure if I am going to do this due to time and the amount of books in this series!).

The main thing I took away from this reread was that, yes, this is middle grade and the style reflects that. It's very interesting to return to middle grade books after reading a lot of YA and adult and the main reason I picked up Bad Beginning was because I hit a reading slump and I thought this would be fast and easy read. Which is was as I made it stretch over four/five days (real life and reading slumps suck sometime).

But because this is a middle grade read, I felt quite nit-picky over some the things. It felt like an old fashioned book for children where the adults are useless (Mr Poe - oh, let's not start my fury on him!) or just clueless to what's happening while the kids know what's going on and figure out what to do. This is ok, but having this stark black and white between adults and children bother me. I like my characters to be flawed and rounded, but having one age group painted as one thing and the others painted another bothers me.

The only other thing I want to mention. I had trouble trying to figure out when this series is set. No information is given but am curious. The world has a gothic feel so I first thought 1920s/1930s but with cars and walkie-talkies, it must be later - 1940s/1950s? But if that's the case, the gothic feel would be gone.

But saying that though, if this series was out when I was 8 or 10, I would have devoured this series. I would be obsessed with these characters and Snicket's writing style. I loved the first few lines in chapter 2 that tackles about death and grief because it's so true. Plus, there are moments where Snicker did tricks with his writing that I've not seen before: when Klaus was reading a book very late at night and was reading the same line over and over again, Snicket just repeated the same sentence two or three times to give the reader the same feeling Klaus had. And I know in later books, Snicket continues with these little tricks and I am intrigued to find them.

Also, tiny sidenote before I leave you is how much I liked the illustrations used, drawn by Brett Helquist. They are fun and I really like the style - and feel they don't get as much attention as they should as we bracket his art with Lemony Snicket. But, as I move forward with me maybe rereading/reading this series, I hope I continue to enjoy Brett's work.
Posted by Pewter Wolf at 07:30:00