Audiobook Review - The Affair at the Victory Ball 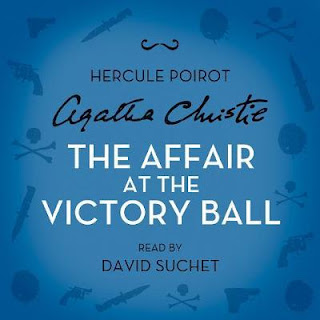 Before I want to go any further, I wanted to say that this was meant to be for my Murder Month which is happening in September. That was originally the plan. However, I changed my mind and decided to pop this here instead. The main reason is that I couldn’t review this next month - it’s 33 minutes long! Yes, it’s in a collection of Hercule Poirot short stories (which I am going to write the history to. Trust me, I am going to talk about it), but I haven’t read the collection. I’ve only audiobooked this short. Plus, I have plans to try and read at least one Agatha Christie novel for my Murder Month. It’s going to be either The ABC Murders, Crooked House or a reread of Murder on the Orient Express. I haven’t which yet.

History lesson time. The Affair at the Victory Ball was first published in the Strand within a year of Agatha Christie’s debut novel, The Mysterious Affair At Styles being published, This, and other Poirot short stories, were then published in a collection of short stories in the mid-1970s as Poirot Early Cases or The Underdog and Other Stories in the US.

So… The Affair of the Victory Ball is an interesting case as Poirot is asked to be involved by Chief Inspector Japp. A group of six people are the Victory Ball, each dressed in a costume of the Commedia dell’arte (a early form of professional theatre which involve six masked characters Harlequin, Il Dottore, Il Capitano, Pantalone, Colombina and Pierrot [forgive if I have made mistakes here. I did try and get this right]) and, by the end of the evening, two people died. One stabbed through the heart by a table knife and his body oddly stiffed, the other dead in her bed, overdosed on cocaine.


It’s an Agatha Christie short story. What do you expect? 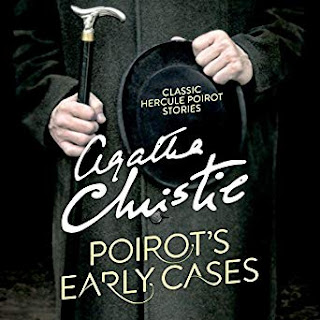 It was fast, fun and quite light compared to her novels, which have more depth. But this was a nice refresher to have a light Poirot as most of the Poirots I am aware of or have read are a bit heavier or are a little disappointing. I mean, most of the fans rave about Murder on the Orient Express, ABC Murders, Death on the Nile, The Hollow among others that have depth and a bit of humour, whereas fans tend to avoid talking about other Christies such as The Clocks, Third Girl, Hickory Dickory Dock and Taken By The Flood (accordng to several Agatha Christie fans I chat with online, this last one is a book I need to avoid at all cost!)

This is, also, my first Agatha Christie audiobook which is read by David Suchet - aka Poirot himself! Normally, it’s Hugh Fraser who reads the Poirot audiobooks, but it was an added delight to have David Suchet read it. But, saying that, both David and Hugh are wonderful narrators.

So, audio booking this short story has got me a little excited to read an Agatha Christie novel for Murder Month. Now… to decide which. Or maybe I should get Poirot’s Early Cases and blitz-read them!
Posted by Pewter Wolf at 08:00:00