GoodRead - Prophecy Of The Sisters 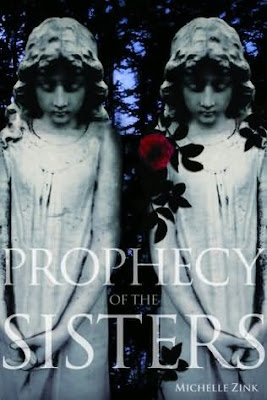 It's quite a bit late and I can not go to bed without quickly reviewing the book (okay, audiobook) I have literally finished half an hour ago. It's called “Prophecy of the Sisters”, debut novel from Michelle Zink.

This is a slow building Gothic fantasy (though that comes a far bit into the book) set in 1890 and follows twin sisters, Lia and Alice. Their father has died, leaving them orphans but leaving far more behind than either of them realise. They soon discover that they have roles in a very old prophecy which has turned sister against sister throughout the ages. One of the side of good, the other on the side of evil. Living with their aunt and their disabled brother, the two soon discover that they don't know who to trust. Expect that they can't trust each other.

This is a slow book. You have to give it time. It's not one of the books I have been read over the last few months where something happens within the first few chapters. And with the first few chapters, you have to get use to the style of writing (remember this story took place in 1890). And this is where an unabridged audiobook comes in useful...

Am getting sidetracked. Once you get into the story, you find yourself getting sucked in. You see the character development, which Michelle uses the first part of the book to do. She developed, not only the mystery of the Prophecy, but the characters. We see that Lia and Alice isn't as cut dry as we think. 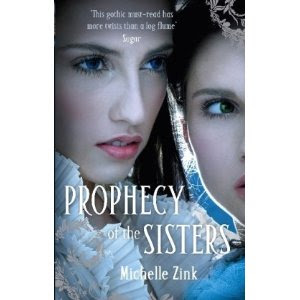 Then, we get into the fantasy element. There were a few times I did jump (not tell you.) and one time I actually got serious angry at the book (again, not telling, but if you've read the book, you know what I mean).

This is a slow building story that I have slowly grown to love. Plus, it's part of a trilogy! The second book – Guardian of the Gate – will be out later this year, around the same time Prophecy of the Sisters will be released in paperback.

I will be wait for the sequel. Or annoy Michelle Zink on Twitter for information. One or the other...

Also, a new thing I think I should do with a Book Review blog, is to put a piece of music. So, I have one video and one link. I suggest you check out the link.

The link, is Kenneth Zink. Yes, this is the author's son and he is STUPIDLY talented (me? bitter? No! Of course not!). He has made a score the Prophecy of the Sisters (as if it was a film) and some of the tracks are wonderful! PLEASE CHECK HIM OUT! http://www.myspace.com/kennethzinkmusic