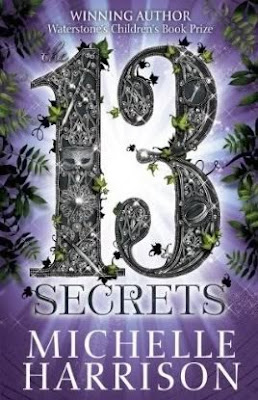 I got my hands on The 13 Secrets by Michelle Harrison randomly via Twitter. I won it on a competition that the UK publisher, Simon & Schuster (Love ya @simonkids_uk!), talking about three covers and I tweeted that I adore the shiny cover of the 13 Secrets. Because of that, I won and got a copy a month and a few weeks before the book came out (the end of December).

Now, for the shocking fact: I have never read the previous two books in the 13th Treasures trilogy by Michelle Harrison. SORRY! So, I basically won a book and read the final book in a trilogy without reading the rest of the series. HOW DARE I!

So, if you are a fan of the trilogy and want a true review of the final book in this trilogy, read the brilliant review from Wondrous Reads. If you have randomly picked up 13 Secrets (like I have), then stick around.

Red is now living at Elvesden Manor under her real name, Rowan, and is trying to put the past behind her with Tanya and Fabian. But her past isn't staying behind her. People from her past want her to participate one last time in a changeling trade and Red is having nightmares about Hedgewitch's cottage and Eldritch, who has sworn revenge when she left him trapped there.

But, when events begin to take a sinister turn and Rowan's past beginning to catch up with her, what will she, Tanya and Fabian do?

So... where to start? Yes, it's the last book in the trilogy. Yes, I should have read the first two books, The 13 Treasures and the 13 Curses, because stuff is touched upon within 13 Secrets that happened in the previous two books. Yes, this does make me a slight hypocrite to me friends and family when I tell them to read the series in order. Yes, yes, yes, I KNOW!

But, I fell under this book's charm. It was a joy to read. It was darker than I first expected. I expected it to be light and fun. Yes on the fun part, no on the light. It went in a direction that I loved (I have a dark reader's soul. What can I say?) and there were times I read the book and it revealed a nasty twist (oh, there are several of those!) and went, “What? What?! WHAT?!” or “No freaking way!” . And if I did that while reading this, a guy who randomly won a copy, I shuddered to think of the reactions the readers of the series! 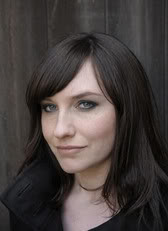 And the tweets – oh, once I read the book, I spend a few days tweeting the author, Michelle Harrison (@HarrisonMM) & Jenny from Wondrous Reads (@WondrousReads) and generally getting excited and go “I want a tea caddy brownie!” (after snooping on Wondrous Reads website, I have found out he appears more in 13 Curses.)

I fell under this book's charm. So much so that when I was at Cat Clarke's book launch, I saw Michelle there and went all starstruck. So much so, that I kept my distance. I fear Michelle's reaction if I came up to her and went, “Hi!”. I would probably come across as some deranged fan!

But I really enjoyed reading 13 Secrets and, yeah, once I can afford it/make room on my To Be Read pile, I will be getting my hands on 13 Treasures & 13 Curses. I want very badly to return to
Elvesden Manor...

And now, for the book trailer and for music I listened to while I was reading this book. ENJOY!