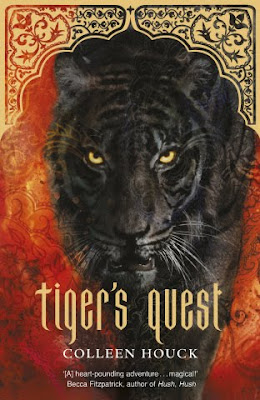 I am a bit behind on this, seeing as Tiger's Quest has been out since early June. Sorry - real life kept me from sitting down and reading this! And the publisher sent this to me as well - feel a bit guilty.

And it's taken a good few hours (and a mug or two of coffee!) to figure out how to write this without spoiling the story!

So, Tiger's Quest is the second book in the Tiger's Saga. Kelsey returns home to Oregon after the events that happened in Tiger's Curse, and she tries to continue with her life. Expect she can't stop thinking about Ren. She's giving him space to figure out what he wants - but has she do the right thing? After an ambush occurs, she returns to India to continue the prophecy and break the curse?. But can she get the second item to lift the curse, and if she does, what will this mean for her and her tigers?

As I said in my review of Tiger's Curse, this series is for those who love the Twilight Saga. So, if Tiger's Curse is Twilight, then this is New Moon. We see the other side of the love triangle that Kelsey finds herself in (am saying nothing on what happens to Ren in the book. You have to go and find out for yourself…). Kishan is very different and similar to Ren so it's not hard to like him - he's more impulsive than Ren, who thinks things through. And with some people, this will be much more fun character to read about rather than the carefully Ren who likes to hear Kelsey read Shakespeare.

With me, I like both. Kishan was a fun character, but there were times I thought he was a bit too much. He pushes his luck a bit too much with Kelsey and I know some people will not like that "forwardness" of his. But as we don't see much of Ren in this story, we can only compare to what we read in Tiger's Curse. And because the characters 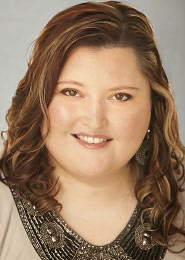 So, yeah, this book will definitely start the divide of Team Ren and Team Kishan. I think I will need to read book three in the saga, Tiger's Voyage, and see the three of them together and interacting to make up my view, but I think I am leaning a little more to one side than the other. But with the twist that Colleen threw at us at the end of Tiger's Quest, it could go either way! And that makes it more interesting! While reading Twilight, I always suspected that Bella would choose Edward over Jacob, but here, either boys could win Kelsey's heart… Place your bets, ladies and gentlemen!

The story itself. It was such a nice change to go back to America. I think the story had to go back to the USA before it could continue. We need a sense of normality before we're thrown back into the dangers of what Kelsey has to do. And, because this, you rush through the pages and then, once you get your head round it, you read (and sometimes reread pages) to see what happens next…

Am still saying that if you are a TwiHard or a lover of Stephenie Meyer, you need to get into this series! And I will wait on baited breath to see what happens next in the series (Tiger's Voyage is out in November this year - so no long wait…)