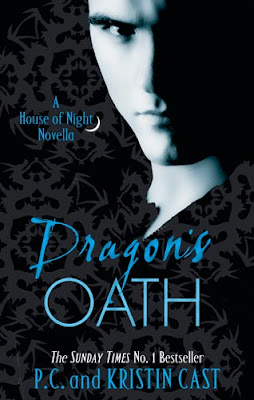 Truth time: I haven't read many of the House of Night books - just the first two actually (Marked and Betrayed) - so I have no idea what's happened to the series or the twists and turns that have happened in later books (from the quick info scan I did on Wikipedia, I certainly couldn't pick up the latest book, Awakened, and read it from there. I would have to start at the beginning!). So, when Atom surprised me with parcels of books including this novella from the series and claimed that it was a "great introduction" to the world of the series, I was intrigued and decided to have a quick read (it's on 140 odd pages so it would be a fast read).

Dragon's Oath - the first in the House of Night Novellas - delves into the history of Dragon Lankford and into his life before he was a Sword Master. Before that, he was fledging, talented and falling in love...

Now, ehe House of Night Novellas will "…delve into the background of some of the Tulsa House of Night's most important - and mysterious - professors", according to the press release I got with the book. And from the info I got from Wikipedia & Atom's twitter, there will be a second novella in Janurary next year called Lenobia's Vow.

As someone who vaguely knows the series (but not very well), reading this without being spoiled or going "what's going on?" was going to be the main concern for me. And apart from the first chapter and the epilogue (that happens around or just after Awakened for those of you wondering), that was it. And I don't think you really need to find out much at the events in Awakened to figure out what was happening in Chapter 1 but if you are a real fan of the series, you would just go "Oh, ok!" and just carry on, not thinking much about it.

But I quite like this. I wanted a fast, fun read and this was a fast, fun read. It was a bit romantic and magical, which something I also wanted (I go through these stages with my reading. You'll get use to it). Plus, most of the book was reading about Dragon when he was younger so it felt like a new character, not like I have been introduced to halfway through a series. And the situation with him and Anastasia felt very teen - very caught up in the emotions and addictive. 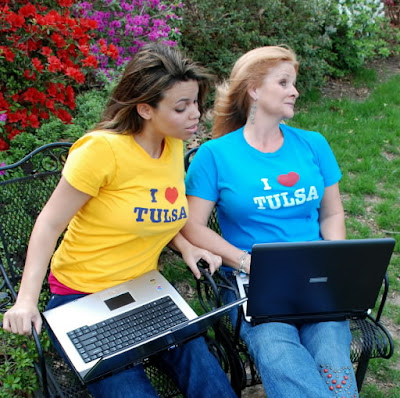 A thing that surprised me was sex and sexuality. Yes, it is a teen book and, yes, every book within this series does have a "NOT SUITABLE FOR YOUNG READERS" on it, but this book was mostly set in the 19th century where the issue of sex were quite prude, compared to nowadays. But then, you saw and hear about gay and lesbian vampyres and that was a shock. Only because of the time the story it was set, but it was great to see strong female characters who are lesbians and then refer to young Dragon grabbing the lusting of two male fledgings. By the looks of it, these vampyres were a little ahead of the times...

Plus, every chapter started with a illustration by Kim Doner, and I loved these. My fave were for chapter 4 or 6. I just think they were great and I hope that the same illustrator through all of the Novellas, unless there is good reason.

There is a downside which I have seen in one or two reviews: the reason behind writing the Novella in the first place. It gives some information but not much, or very little. And I don't think it gives as much as it claims, but there seems to be something that, if you are a true fan of the House of Night, you'll see and go "A-ha!" whereas if you're not, like myself, you see an event happening and think nothing of it.

But I liked it. Not sure if I love it, but I do like it. I think I might see what the next Novella will be like, but I'm in no rush to read the House of Night series just yet. I think the Novellas will be good reads on their own, without the series. Just some distance will be needed. But I can sense House of Nights fans will be rushing out to get it and devour it within seconds. I will wait and see what the next novella - Lenobia's Vow - will be like…