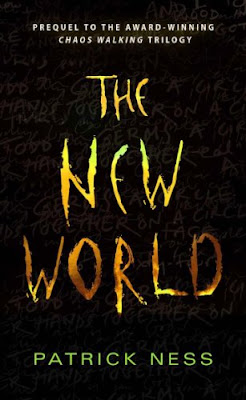 I have a confession to make that may shock some of you. I'm pretty certain that it will shock most, if not, all book bloggers that I know. Here it is: I have never read the Chaos Walking trilogy. No, let me rephrase that. I had read any of Patrick Ness's work.

Now, I hear the outcry of "How?! It's a modern YA classic!" and I get that, I do. But it was just… I knew of it existence but it never occurred to me to read it. It's one of those series where it gets loads of hype, excitement and everything, and I fear it. If something's THAT good, then what would happen if I read it and go "I don't see it"? I would probably get lynched!

So, on Saturday, I tweeted that I might cave and read one and, on my hunt, I saw this short prequel to the trilogy, The New World, and seeing as it was free and a prequel (of sorts), I thought it would be a good place to introduce myself in the series.

It's a short story about Viola (a main character in the trilogy) and her journey to The New World and, through a series of jumping back into her memories then into her present situation, we see how she got to where she is. There's not much else I can say about this short story without spoiling it. 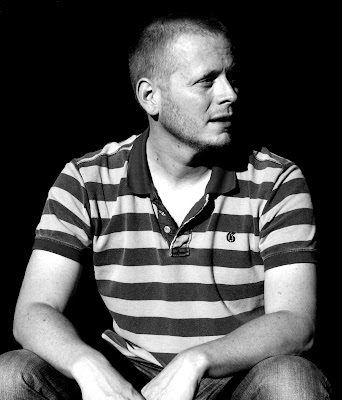 I read this within a few days (was spreading it out but could have read this in a hour) and, having no idea what I let myself in for, was surprised how fast I read this and how I liked it. I sense that this doesn't really hint to what happens in the trilogy (if it does, then I never saw it). But it gave background information to this character, so I can see people who have read the trilogy wanting to read this.

As a teaser, this was good. I might investigate getting the first book in the trilogy, The Knife of Never Letting Go. But whether I will get round to reading it… now that will be interesting. But I will keep my eye on this series.

PS - the short story has, also, given me one of my favourite lines in a book EVER! Well, techicnally, it's a paragraph, but the meaning behind it is amazing. Am tempted to buy the whole trilogy on this paragraph alone!

PPS - my music choices. Random, I know, but I heard them randomly on my iPod and thought they were perfect. One song choice is very much a "Memories/FlashBack" while the other is "This is Happening Now!". Hope you like them both, as I love Alexandre Desplat music.