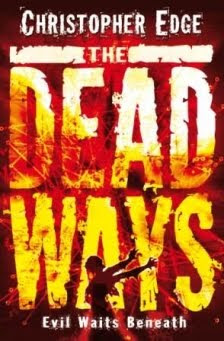 I gonna tell you something: I'm not a big fan of zombies. Seriously, zombies kinda freak me out. I don't like zombie films and TV shows, videogames scare me and when people ask why I don't like zombies, my answer is usually "Well, they're dead! There's nothing really exciting about that." So, when Non from Catnip asked if I wanted to read this, I was in two minds for quite some time over it. But after having a on-off chats with the author, Christopher Edge, on Twitter, I decide to attempt to read it.

The UK government have a plan to benefit future generation of pollution and stop congestion on the UK busiest motorways. The Greening of the Roads scheme is the removal of these roads and replaced by fast-speed train. But since the project started, stranger things have begin to happen. Mist and ghostly apparitions appear out of the nowhere and effect only the motorway.

So, when Scott Williams, son of Alex Williams, civil servant to the Department of Transport, is nearly kidnapped and, six months later, discovered his father dead, he knows something is terrible wrong. And when Detective Inspector Jason Dyer is assigned to the case, both slowly discover that there's a conspiracy going on. But what on earth is the Dead Ways? And how is that connected to the Greening of the Roads scheme? 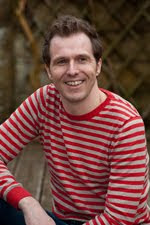 The Dead Ways is a fast read because it is so short compared to other books I read (and I was reading Clockwork Angel by Cassandra Clare at the same time) as this was under 200 pages long. And it was fast-paced and, seeing as I do like crime thrillers, this suits me to the ground as, most of the story, there was a dark thriller edge to the story so when things did begin to happen, it was a creepy moments in the story (let's not talk about what happened at the Royal Alexandra Hospital's Mortuary as that one scene really creeped me out and I would LOVE to see on TV - Oh yes, I think this would be a brilliant BBC One family show on Saturdays at the Doctor Who & Merlin timeslot!) and they fit the story.

There was one or two things that bothered me about The Dead Ways. The first is that, there were times that I felt that the story lacked substance. And there was times that I put the book down, I had to make myself pick the book up (but as I was reading Clockwork Angel at the same time [part of a Read-A-Long I'm taking part in], this could be the reason).

But The Dead Ways is an interesting supernatural thriller and I will be intrigued on what will happen next in this trilogy. And I might not be able to look at flowers on the side of the roads in the same way again... Thanks, Christopher.

(As I was reading Clockwork Angel at the same time, thinking of what song fitted this book was quite hard. But I heard this after I finished the novel[thanks Michelle Zink!] and it seems to fit the tone. The creepiness of it all! I hope you all enjoy!)