GoodRead - The Son of Neptune 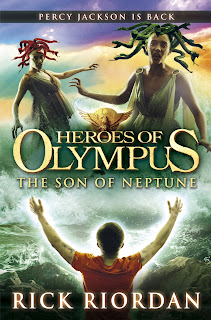 Last year, I read my first Rick Riordan novel, The Lost Hero (not read my review? Here you go!) and I said I would read the first book in the Percy Jackson series before I dare return to the Heroes of Olympus. Well... I lied. Not on purpose as I read The Son Of Neptune because the mood took me to my kindle and this title called to me. I know some of you Percy Jackson fans will try and hunt me down because HOW DARE I! But... please, I am planning to read the series, I am. Not sure when but I am planning to...

So now we have that out of the way, let's talk. Around 8 months after The Lost Hero, Percy Jackson finds himself running from gorgons that refuse to die. He has no memory bar one - Annabeth. But before long, he finds himself in the safety of Camp Jupiter, camp of Roman demigods, and friends with Frank and Hazel. And then, we discover the Prophecy of Seven and, would you believe it, but Percy, Hazel and Frank must go to Alaska, rescue Death and return to Camp Jupiter in several days or everyone at Camp Jupiter will die...

No pressure! No pressure at all when the enemy is Gaia - aka MOTHER EARTH!

*takes deep breath* Right. Now I have that out of the way...

I really liked this book. It was fast pace, fun and slightly addictive read. Very much like how I was when I read The Lost Hero. Plus, it was cool for me as this was the first time I met/read Percy. And I enjoyed him. I get why you PJ fans LOVE him. But I do think I need to backtrack and read the books in the Percy Jackson series to fully understand your love for him. 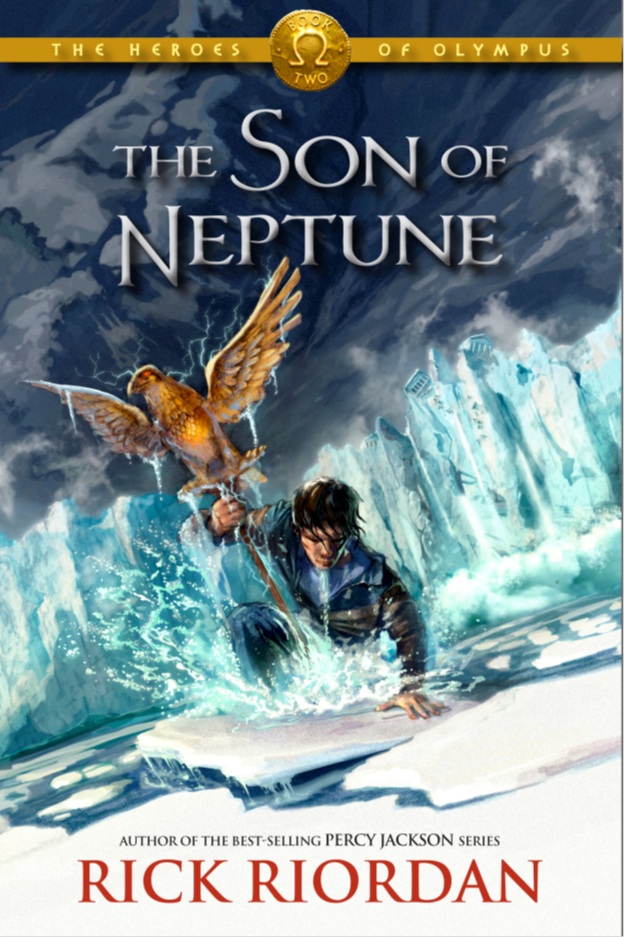 It was interesting, seeing as how in The Lost Hero (and in the Percy Jackson series), we have been at Camp Half-Blood and dealing with the ins-and-outs of Greek mythology and now, we are attacking Roman mythology and seeing how the two camps have NEVER met (good job, by the way, Rick) and how the Gods from one camp affects the other camp (Again, good job). And we saw the differences with these camps, also. There were characters in Camp Jupiter which saw very Ancient Roman traits to them (the power-hungry, backstabbing, etc) which you won't see in Camp Half-Blood because they're not very Ancient Greek of them. We saw this in the character Octavian, a character WE ARE MEANT TO DISLIKE! And yeah... I did not like him...

I did have one problem with this book and I know I am going to get shouted at because of all you Percy fans but, here goes. As someone who hasn't read the previous Percy Jackson and has dived right, there were moments I just went "Wait! what?" in this book. I know this is linked to Percy's history and, if I have read the previous, I would get that. But I don't, and I can imagine some readers doing what I am doing and going "Wait! How does Nico know Percy?", "Wait. Why isn't Percy bowing to Mars?" or "And why doesn't Percy like lightening?". These are titbits to all you Percy Jackson fans out there, but if you haven't... you'll be scratching your head going "Huh?"

But I am enjoying this series. I am. I have Mark of Athena in my To-Read pile and I plan on reading it in the next few months (or next year so I read 3 Heroes of Olympus books is one quick-ish go!) so... yes... am going to try and read Mark of Athena soon (if not, Lightening Thief)!

Oh, for those of you wondering which Camp I belong to...

I think I would prefer to go to Camp Half-Blood, but I am going to be excited over how each of them (4 from Camp Half-Blood and 3 from Camp Jupiter) are going to get on... LET THE GAMES BEGIN!!!
Posted by Pewter Wolf at 07:30:00