GoodRead - The Art of Being Normal 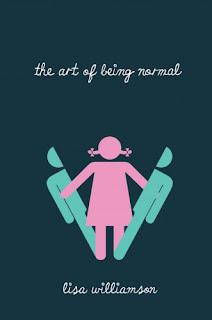 Ok, this book has been in my TBR pile since the beginning of the year. And before that, I was excitedly await this book's release. It got so much online buzz and I wanted to read it. Took me a while, but my local Waterstones finally got them and I bought the last copy they had.

And then, for some reason, I didn't read it. No idea why. I just... well, didn't. Then Bookish Brits made it this month's Book Club group. And, for once, I actually had this book to hand. And I wanted to read it! BONUS!!!

David has secret. People see his as an outsider, a gay guy still hiding in the closet, a freak. Only his best friends know the truth: David wants to be a girl.

On his first day at a new school, all Leo wants to be is invisible. Bit hard when the most beautiful girl in Year 11 sees him. Plus, when Leo stands up for David in a fight, a unlikely friendship between the two begins, which is definitely not part of the plan.

But Leo also has a secret. And the thing about real life is... secrets come out. Both secrets are going to come out... one way or the other...

Now, before I go any further, I want to say that this is an important book. This is the first real book I have read that tackles the issue of transgender, and this has become an important issue in the past few months. So to have a book in easy access that tackles this subject matter and tackles it with care and respect is very important!

The story itself is an interesting one. In other books, this would be a book about "teens who go on a journey of self-discovery". And while this is true here, I have a horrid feeling that some people will go "This is a book about transgender." There will see that one word and won't see the rest of - about first love, friendship, discovering who you are and respecting yourself. 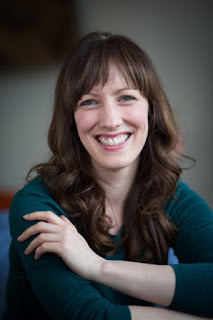 This story was told in dual narrative - David and Leo. Now, with one female author writing two points of view and both male, this is going to be the big thing. But I thought Lisa got it. She got the voices to sound different enough to make the story flow.

Information was a thing that worried me. When some authors write a book and have it tackle a subject matter like this, you are judging it from the word go. You don't want it to be scandalised. You want it to be done right. With care and respect. Lisa did that, I feel. She had worked, in the past, at the Gender Identity Development Service, a specialist NHS service for young people who are struggling with their gender identity. So I felt that she knew this stuff and she was going to get it right.

I had two tiny faults. But these are me things and one of them, I get way Lisa did this.

The first was Leo. For the first 80 or so pages (till Leo stood up for David, actually), I found Leo hard work. I really disliked him. And I get why Lisa did this. Because of Leo's secret and events linked to it, Leo has put walls up. But as the book goes on, we see his walls slowly coming down. Character growth!

The second was language. Again, because of the subject matter, there were use of terms in the this book that aren't pleasant. But, they seemed on the mild side. It wasn't as dark as I thought this book was going to be. But, I get this also. Yes, words like that are used in real life, BUT this is a hopeful and positive books. We saw a character use one of these words and another character, or several, would jump in and go "No. No, that isn't on." and this is great.

While there are a few things that didn't sit well with me, I read this over the course of a long weekend. I devoured this important book and I hope this book helps someone out there. Either to better understand or to make them feel less alone.