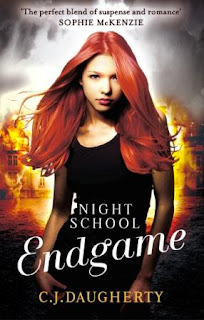 So, we're here. The final book in the Night School series. And if you have followed my blog for a while, you know I am a bit of fan of this series. Not sure how that happened as, when I first read the first book in the series, I was "I like this, but there are far too many loose ends for a standalone" (oh yes. I thought Night School was a standalone book) and now, I was freaking the heck out over how Night School: Resistance ended.

So when I was sent the final book in the series, Endgame, via the publishers, I was happy. At last, we're going to find out how this series was going to end. And, at the same time, I was very uncertain over it. This is the last book in the series and I, like other fans, was a little worried over these characters.

At the end of Resistance, Allie was thrown into the back of a car, shocked beyond words over the events that happened to her. Lucinda is dead. Carter is missing. And Nathaniel has won. Or has he? Allie must recover quickly if there is any hope to end this war. But first, she and Cimmeria Academy have to find Carter before ending this terrible struggle for power. And not everyone will walk away from it unscarred...

Throughout the course of this series, CJ Daugherty has this great writing style where she can write foreboding really well. You get a sense of uneasy throughout the series. But in Endgame, all that is gone. We are thrown in the action and it is all hitting the fan. And CJ can write this just as well. There are moments when I was speeding through the pages, not sure I could put the book down in case it kept speeding forward when I wasn't look.

Plus, CJ gave us character development. Now, if you are aware, in my previous posts on this series, I have said CJ can write slow burning thrillers. And it's only now I have realised that she has done the same with character development. Allie in Endgame isn't the same girl she was when we first met her in Night School. It's the same with the other characters and, because of this, their relationships with each other - friends, enemies, lovers. 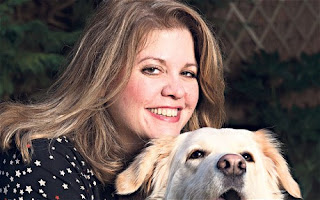 There was one relationship that I suspected in Resistance, maybe even earlier in Fracture, and I was excited when I saw I was right about it and I was thrilled over how CJ handled it. No drama. And that is how it should be.

This series, at times, reminds me of The Hunger Games. Yes, I know that sounds weird, but it does. Yes, Night School is completely different to Hunger Games (one is modern day conspiracy theories while the other is dystopian), but both have the same vibe to it. And, unlike how The Hunger Games forced itself into three books, CJ was allowed to take her time to explore the themes.

Speaking of Mockingjay, I have a horrible feeling that some readers will not be happy with how CJ ended the series. Some readers might feel that it was like Mockingjay and both ended with more of a whimper rather than the bang it deserves.

But with the secret conspiracy world that these books are set, the ending does feel right somehow. Maybe that's a me thing.

I really liked this series (maybe I need to do a reread soon) and I am both excited and intrigued over CJ's next project, The Secret Fire, which is out later this year.
Posted by Pewter Wolf at 22:38:00