If I Made The Movie Soundtrack Of... LIFE AND DEATH 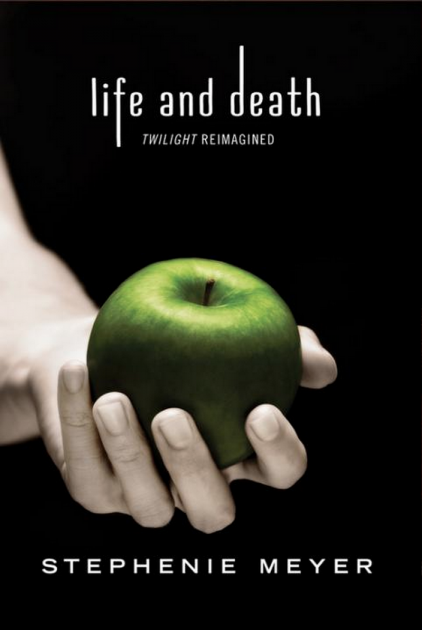 And because I tried this with three different books at the beginning of the year - the Night School series by CJ Daugherty, Broken by AE Rought and A Monster Calls by Patrick Ness - this was just a perfect idea. So, without spoiling the book, am going to pick a few songs that might be interesting picks for the imaginative movie in my head...

Now, if I was in charge of the music for the movie, I would want new music to keep it in the same style as the other Twilight Saga soundtracks. I like discovering new music and new songs and what is more perfect that a soundtrack with new songs?

I had two rules when I was picking songs (I've only picked a few, not many). The first (which I broke so quickly, it's a joke!) was I couldn't use songs from the Twilight movie. And the second was that I couldn't use Muse. I love Muse, but when I read Life and Death, I never heard them (whereas when I read Twilight, they were there very clearly in my head).

So, let's get started, shall we?


FULL MOON by The Black Ghosts
Told you I broke my first rule quickly. But this isn't the first song that popped into my head when I thought music. This came later. I have two reasons why I start with this song. First: I am selfish and I love this song. But second, and more importantly, I like symmetry. I feel that, as Life and Death is a reimagining of Twilight, it would be a small nod to the fans to say "Yes, this is a reimagining and the music is going to reflect this up to a point". Which is why I was curious over if this song could remixed in a style to reflect Beau moving to Forks (oh yeah, this would be the first song we hear. No changing that about!).


MONSTERS by Ruelle
Oh, foreshadowing! I love a bit of foreshadowing and I think this would be perfect when we meet Jules down on the beach and she's telling Beau her scary stories...


TEN TONNE SKELEON by Royal Blood
As soon as I read that Stephenie Meyer listened to this band while working on Life and Death, I knew instantly that this would be the song that Beau would be playing while researching vampires. I could even see Charlie doing that typical parent thing of banging on Beau's bedroom door or shouting up the stairs, telling Beau to turn it down! I saw it so clearly that I knew it would fit perfectly.

UNDER THE SHADOWS & CLOSER by Rae Morris
I'm torn over which song by Rae Morris fits better with Life and Death. Under the Shadows has lyrics which fit Life and Death but I discovered Closer when I was reading Life and Death so I have a fondness for this song as well. Now, where would they fit? I'm not sure, if I am toward honest with you. I think maybe it's more the artist I like - I discovered another song by her while finding the above two - Cold (featuring Fryars) - which I think works perfectly. So, I think I would like her on the soundtrack in one form or another...

CAN'T WAIT FOR TONIGHT by The Hot Damns
Oh, a fun song, you guess are thinking. Where will this fit into the movie? This is my calm before the storm before Lauren, Victor and Joss. So, this I can see playing just before their arrival, during the baseball game. It's fun, rocky and will leave you all into a false sense of security... (PS - sorry for not being able to find the song in full. Instead, here are two promos that use the track. Hope that's ok!)


FLIGHTLESS BIRD, AMERICAN MOUTH by Iron & Wine
I broke my own rule again! I know, I know. But hear me out. I wanted that symmetry again. I wanted to tie Life and Death to Twilight. Now, I did consider very briefly tying this movie up with the last song played in Breaking Dawn: Part Two to bring closure. But I personally think this song fits Life and Death's epilogue much better (if you have read it, you know where I mean...)

I know my music choices are a little odd and believe me, if I had free reign, I would pick a real mix of artists to create new songs for the movie (Bright Light Bright Light, Greg Laswell, the list could go on!) but am curious over what songs/artists you would choose if you were in charge of the music for Life And Death movie. Leave your comments before as I always love hunting for new music!
Posted by Pewter Wolf at 07:30:00

Email ThisBlogThis!Share to TwitterShare to FacebookShare to Pinterest
Labels: If I Made The Movie Soundtrack For..., Life And Death, Stephenie Meyer