WHOOPS!!! I forgot I was taking part in this tour when I started planning my Murder Month! For that, sorry everyone! But a change is a good as a rest! Will return to schedule plan tomorrow! But today, I have a tiny sneak peek in Swan Boy by Nikki Sheehan. 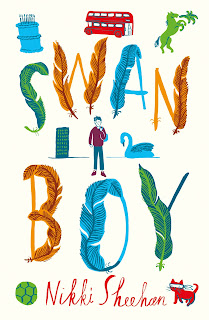 Swan Boy follows the story of Johnny. When a bully won't leave him alone, Johnny gets aid from an unlikely source: a swan. Events take a turn when, somehow, Johnny becomes lead in the school's ballet production. Not only has Johnny now got to deal with bullies, looking after his little brother and his mother, his teacher wants him to live the role - which shouldn't be too difficult as feathers are now sprouting on his chest...

Hopefully, I shall be reading this in the coming few months (you guys know me by now - I don't plan my reads and I really should!) but to give you guys a tiny taste, Nikki Sheehan is here to give us a tiny introduction to the extract.

But before she does, I would like to thank Nikki for taking time out for writing this and Cailin at Rock the Boat for inviting me to take part in this.

Now, without any more delay, over to Nikki we go!

I’m so happy to see my second book finally launched this week. It’s been a long road and it went through many edits, but I think the essential story about a boy brave enough to start being himself, and the unlikely role models who gave him that courage, still shines through.
So, this is the story about Johnny, a boy whose dad has recently and suddenly died, and who has had to move away from his friends to a block of flats in North London. In the first few pages we encountered a swan who, out of the blue, defended Johnny from the school bullies. And in this scene the swan appears once again in a very unexpected place. But what could it all mean?


As soon as he stepped into the foyer at Burnham Tower, Johnny noticed that something was different.
For the first time ever the lift wasn’t wearing its DANGER – OUT OF ORDER sign.
He looked towards the stairs as they faded into blackness.
He hated those stairs. He wasn’t as fit as he used to be and the first few flights were OK, but by the third or fourth his legs felt tired, and by the sixth he was breathing hard. By the time he reached the eighth he was sweating like a pig.
Johnny scanned the floor to see if the sign had just fallen off.
It hadn’t.
He still hesitated for a moment, then he pushed the button and the doors swept open.
Inside the lift was a huge white swan.
It looked up, turning its head to one side as if consider- ing him.
He knew he should have shut the door quickly and phoned the RSPCA. Or at least shouted, ‘There’s a *&$@-ing swan in the lift!’ Especially after reading about the arm-breaking thing.
That’s what the old Johnny would have done.
But he didn’t, because everything was different now, and what did he have to lose?
He took a step forward.
The swan ruffled its feathers, but Johnny thought it looked sort of friendly. For a swan.
He took another step.
The swan moved its head again, slowly, considering him through the other eye.
‘Is it you?’ Johnny whispered, feeling that it had to be the same swan, the one that had attacked Liam Clark. 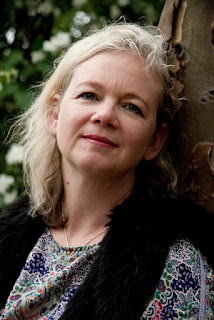 The swan shuffled its feet, then sat down. Johnny took it as an invitation and he stepped inside. The lift doors immediately closed and he was hit by the rich dark smell that he remembered from Regent’s Park. It made him think of conkers and stock cubes and life.
Johnny hardly dared to breathe. The swan took up most of the space in the hot little metal box, and he didn’t want to touch it, so he pushed his back hard against the wall.
Meanwhile the swan held his gaze, showing no fear or aggression, and Johnny became more convinced that it was the same swan, the one who had attacked his enemy.
Then the old electric motor began to whirr, the lights dimmed then flickered, and the lift jolted upwards.
Johnny didn’t want to keep staring into those small black eyes, so he stared at the panel instead, watching the numbers slowly go from 1 to 2 to 3, and wondering where the swan was going.
Was it someone’s pet? It didn’t look like a pet.
Was there a swan sanctuary on the fifth floor? Johnny wasn’t sure the council would allow that.
Was it going to his flat?
Posted by Pewter Wolf at 07:30:00