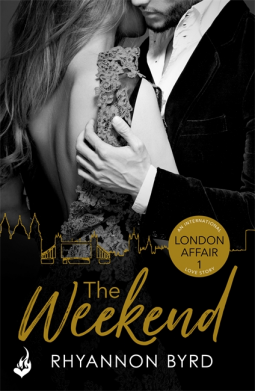 "An adult romance? Andrew, you don't like romance. Why did you read this?"

Well, dear reader, I fancied a change. Like I have said in the past on here and most of my social media outlets, I want to push myself as a reader and read things that are a little outside of my comfort zone. Plus, this sounded like fun. And I want to read more fun.

Emmy Reed, an American art history graduate, can't stop staring at a hot guy on the London Underground. And when he saves her from a dangerous situation at her stop, she's grateful. Until she discovers he's a millionaire playboy - the type of boy who breaks hearts without a moment's second thought. So when he asks her to be his plus one at an upcoming wedding that weekend, she's determined to turn it down... until he offers her a deal. If she comes, he will try and arrange a meeting with a sought-after artist - who happens to be his grandfather.

As the weekend goes on, Emmy starts to see the man who's her "boyfriend" - Jase - isn't the man she thought he was and with the chemistry between them, they won't want the weekend to end. But the weekend will end... but what does that mean for them?

This is the first of a three novella series - London Affair. Both the second - The Chase - and the third - The Confession - follow in weekly instalments (at the time most of you are reading this, all three should be out).

This was fun. I read this on holiday and it was a light, fun, easy read. I read in short, quick moments and was finished before the holiday was over (though I know if I had more time, would have read it sooner).

But, this isn't anything new, though. At times, it felt very troupe - with hints of Twilight and 50 Shades of Grey. Plus, there were times I was reading going "You have got to be kidding me". There were events that happened that I wanted to read but we changed character POV so we heard it secondhand plus the main male leads family - I find it impossible to believe that everyone he is related to is THAT unlikeable.

Now, it was fun, light, sexy read, and if I was offered to read the rest of the series, I would happily do so, as curious to see where this story ends. But am not sure if romance/erotica are the genres for me...
Posted by Pewter Wolf at 12:00:00