#re3 Audiobook Review - Shadow and Bone 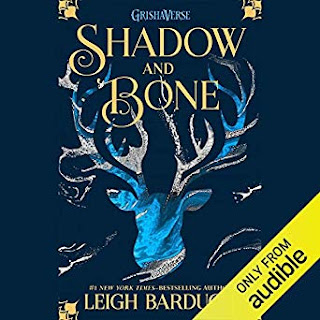 This is the third time I have read or attempted to read it. The first was back into 2013 and I liked it. But there was something “meh” about it. Something three stars about it and something that held me back from continuing the series. I, then, tried to reread it earlier this year (June?) as I was, very kindly, given by the publisher an eBook copy to celebrate the release of King of Scars. I did try and I struggled. I got to about 38% then went “I’m done”. Rewind to a few weeks ago, I was playing around on my BorrowBox app and, even though I have several audiobooks I really should be listening to or thinking about requesting due to my commitments to NetGalley titles and publishers, I saw this and went “Maybe if I audiobook it, I might fine it easier to get into…”

Hence, that’s what I’ve done. I audiobooked it over the course of 3 days at work.

Alina Starkov is a simple map-maker, an orphan and refuge so when her army regiment is taken into the Shadow Fold to cross Ravka, yes, she is scared. Because the once great nation is torn in two due to the Fold, darkness that is filled with creatures that feast on human flesh. And no-one, not even the powerful Grisha or their leader, the Darkling, can defeat it.

So when her regiment is attacked in the Fold and her best friend, Mal, is brutally injured, Alina does something no-one, not even herself, expects. She reveals a dormant power of bring forth light. This power could be the key to saving her war-torn country. And because of this, she is snatched away from everything and everyone she knows into the lavish world of Grisha court and the royal court to train and control her power.

I still feel the same with this book as I did a few years ago. I did like this, but at the same time, it feels very YA 2011. There are troupes of early YA in here that don’t work for me - the love triangle that’s not a love triangle troupe bothers me hugely - but I am in my 30s so a younger reader but love the troupes and the twists more than me where I sense them coming or was a bit meh over them. 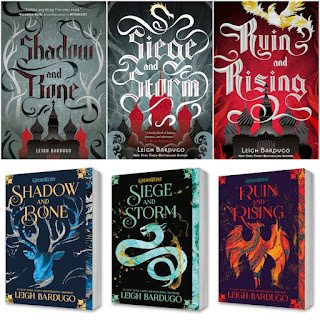 I do think that me audiobooking this was really helpful as I felt I could get into the plot quicker and easier. Reading Alina has always been a bit of a struggle for me but audiobooking her was much easier and I got her humour and sarcasm much better than I did when reading (writing/reading comedy is really hard but listening or watching it is much easier).

I do think that maybe this world/Grishaverse might not be for me. I do like the audiobook, but I’m not sure if this world suits my reading tastes. Very much a “It’s not you, it’s me”, even though I do like Leigh Bardugo’s writing. So, what I think I might do is do another audiobook by her and see how I fair with that. I’m leaning towards The Witch of Duva or Language of Thorns as one is a short story and the other is a collection of short stories, all set in the Grishaverse. Once I’ve done that, I will make a decision on what to do next (as I’m on the fence over Ninth House, Leigh’s first adult novel as I’ve heard it has quite a few triggers, or something more recent such as Six of Crows or King of Scars, though am not sure if I need to read the entire Shadow and Bone trilogy first…)

But, like I said, this world might not be for me but I know some of you will devour this. It is a good read, so if this calls to you, go for it! I’ll be intrigued to see if you guys like or not. Or if you guys tell me to keep going with Siege and Storm…
Posted by Pewter Wolf at 07:30:00