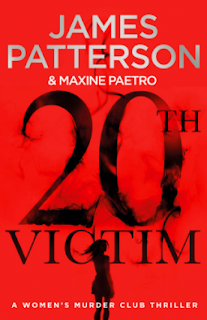 I have a weird love/hate relationship with James Patterson, something I always talk about when I do a write-up for one of his novels. I find him a light, fun read, something I would be ok reading on a sunny beach (almost perfect for me to read/audiobook at the current moment with my brain not ready to cope with Corona-Virus and something heavy), but he never offers anything of substance.

And yet, I seem to always go back to reading him after a few months/years. And I have a soft spot for his Women’s Murder Club series as Third Degree was my first James Patterson novel and I always like reading about the ladies.

So, when I saw 20th Victim, I was excited and intrigued. After trying to read 19th Christmas and DNFing it after a few chapters (and I seem to be not the only one to do that), I was intrigued to see how James Patterson and Maxine Paetro would celebrate 20 books in this series. Is it going to be something similar to how TV shows Eastenders and Neighbours celebrate 35 years and celebrate with a big bang, or is it going to be fall a bit flat?

Three simultaneous shootings happen at 8:30am one morning. And of them is at San Francisco on the Women’s Murder Club patch. Sergeant Lindsay Boxer is involved in investigating and reporter Cindy Thomas is reporting the crime. The shootings are precise and exact, the  victims chosen with great care as each victim are involved in drug selling. As more shootings happen, the public debate wonders if the shooter are villains or heroes?


For what I wanted from it - a light, easy, audiobook to distract from the Corona - it did exactly what I wanted. It was light, fast and something that didn’t involve much brain power. So, I can’t complain about that!

However… and yet, it feels like a miss at the same time. Like I said earlier, this is the 20th instalment in this series, and I was expecting a huge birthday-like event. A huge celebration of the previous instalments and celebrating the future of the series.

And yet, we got a standard Women’s Murder Club story. There was nothing really special about it. It was very paint-by-numbers.

We had one huge story - the shooter going after drug dealers that Lindsey and Cindy were following - and three small subplots. Lindsey’s husband, Joe, is asked by an old friend to investigate his father’s death as he believe the doctor in charge is an Angel of Mercy, one of Club member’s, Yuki, is involved in a trial where she feels the young man is being used as scapegoat and the fourth member of the WMC, Claire, is told she has lung cancer. 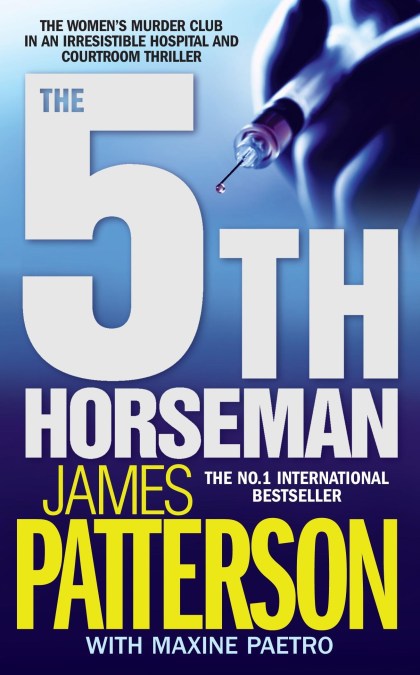 Big things, right? So why am I annoyed over these subplots? Well, Joe’s subplot has been used in a previous Women’s Murder Club novel - 5th Horseman - as main plot and had added danger with Yuki’s mother being a possible victim. As for Yuki and Claire’s subplots - they felt like add-ons. A “blink and you missed it” kinda vibe came off them. I get that Yuki’s, in some sense, is linked VERY VAGUELY to Lindsey’s and Cindy’s but Claire’s… Claire’s lung cancer plot angered me the most.

Cancer is a big thing. According to cancer charities, cancer effects 1 in 2 of us in the UK AT LEAST. So, do we see Claire fight cancer? Nope. We’re told she has it then… then she’s written out of the book. She having an operation to remove the growth but it feels like she’s dismissed from the book. We see her at the end, saying she’s ok and need to keep appointments, but it all felt wrong. We had no emotional reaction to this horrifying news. Plus, whenever I dip in and out of this series, Claire is always the character I feel that Patterson and Maetro doesn’t know what to do with or, when they do, it always feels like a short-change story. She’s a medical examiner, USE THAT AND GIVE US A CASE THAT INVOLVE HER, HER JOB AND HER SKILLS HEAVILY! You do that with Lindsey, Cindy and Yuki so why not Claire?

As something light to read to take mind off current, scary world events, this did exactly what it said on the tin. But it didn’t do what I hope - celebrate this long-running series.
Posted by Pewter Wolf at 08:00:00