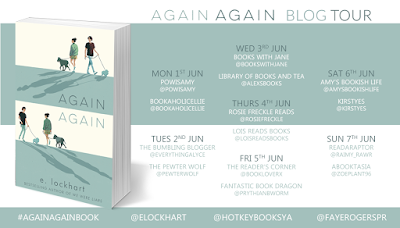 BLOG TOUR ALERT! And I am thrilled to be taking part in the tour for the newest book written by the author of We Were Liars and Genuine Fraud, E Lockhart!

Again, Again is a little different from Lockhart's other novels as this isn't a thriller. It's a book that looks into that messy problem of loving other people and forgiveness. 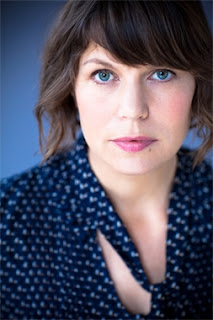 When Adelaide discovers her younger brother succumbs to a drug overdose, she saves his life. But in the aftermath, she is looking for something, anything to distract her. She turns herself into a stylish charmer who falls in and out of love a thousand times even though her heart is shattered and she is is beyond repair.

Over the course of one wild summer, Adelaide will continue to fall in and out of love, finally confronting her brother and their complex history, and maybe finding her own strength along the way...

I am so thrilled that, on this stop, E Lockhart has found the time to write a small guest post!

And before I hand you over, I just want to thank E Lockhart for finding time to write this post and Faye & Hot Key Books for asking if I wanted to be involved in this tour!

Oh, links! If you want to check out Lockhart's online home, pop over to emilylockhart.com or pop her a tweet at @elockhart! Plus, if you want more info on Again, Again, check out Hot Key Books's website or Book Depository!

Hi Andrew,
Thanks so much for having me on The Pewter Wolf, and congrats on your blog’s long tenure! [NOTE FROM ANDREW FROM TPW: Thank you so much for the congrats! x] 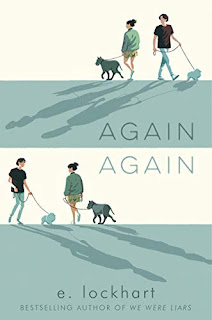 Writing Again Again was different from my other novels because I completely changed the book’s structure after finishing several drafts of the novel.  The heart of the story remained the same —Again Again is about Adelaide’s increasing infatuation with Jack over one surreal summer as she recovers from a family tragedy.  It’s a love story in multiple universes, with a twist at the end.
I started by trying to write six short stories, theme and variation, each story telling the summer of Adelaide’s sixteenth year and her romantic life.  Key scenes — a party, an encounter at a dog run, etc. — were the same in each story.  But I found that the whole thing felt flat, and I found the repetitious short-story format didn’t let me delve deeply into Adelaide’s relationship with her recovering addict brother, her friendships with Stacey and Oscar, or the philosophical issues I wanted to explore about choice, identity, forgiveness and love.
I ended up reworking the whole book to show one single summer, in sequential order, but in multiple universes. I found that new structure let me go a lot deeper into the characters and their emotions, allowed me to create surprises, and led me to figuring out the plot twist.
I always do a lot of revising. It’s part of my process as a novelist.  Even with Genuine Fraud, which is a story told backwards that has a really tricky structure that didn’t allow for the core events of the story to change in rewriting — I still rewrote those core events over and over in different ways to figure out what would have the greatest impact on my reader.
The other thing about Again Again is that it’s quite romantic, and I wanted to write a love story while at the same time writing very truthfully.  I really enjoy a good romantic comedy, but I sometimes feel that I’m being sold a fantasy.  I wanted to figure out how to write a deeply romantic novel that wouldn’t be a fantasy, but would instead feel real and honest.  Multiple universes turned out to be the solution.
Posted by Pewter Wolf at 08:00:00