GoodRead - Desires Of The Dead 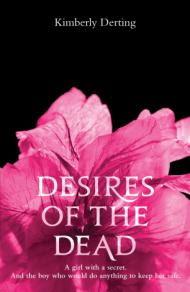 Not sure where to start this review of Desires of the Dead by Kimberly Derting (apart from thanking Sam at Headline for taking pity on me and sending me a copy – you rock!), so I might as well start with a tiny overview of it.

Violet has the morbid ability to sense echoes of those who have been murdered and with that, a matching echo that clings to their killer. Alone a few people know about this, but all that could be threatened when she discovers a body of a child, bringing her into the attention of an FBI agent, Sara Priest.

As she tries to keep her secret safe, Violet finds herself the centre of a scary obsession. Is she being stalked? In times like this, she would normally turn to Jay, her best friend, expect they no longer best friends but they're dating, meaning that the rules have changed. And with Jay spending more time with his new friend, Mike, Violet begins to dig into Mike's family history. What she doesn't realise is that, in doing so, she might have started a chain of events that could put everyone in danger... 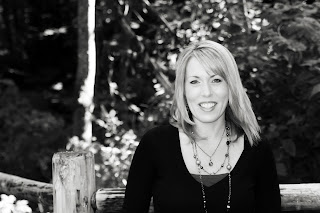 Now, I love the Body Finder! You guys know I do! I loved it so much, I made several people read it. So when I, somehow, got Desires of the Dead from Twitter, one person practically ordered me to read it so he could read it straight after me! (Gave it to him last night so he was pleased.)

So, my reactions to Desires of the Dead? I LOVED IT!

It felt like a worthy sequel. It was dark and creepy enough, yet it still felt romantic enough to hold your attention. There were several moments where I read the book and went “No! Don't go there!” and there were others I (and maybe several other bloggers) swooned over Violet and Jay's fragile relationship (that's what it says on the back cover of the UK edition). I think, at one point, I was reading the book and went “If Kimberly is doing what I think she's doing to these characters, I might never forgive her.” (I have forgiven you, Kimberly. Promise.)

But I think I love Kimberly's writing. I'm not sure why, with this book, I sped through it. Am not sure if it was because of her writing or what she puts her characters through, but I loved it. I loved spending time with Violet and Jay and am very happy that she has been asked to write two more books for this series.

I can't wait for more from Kimberly Derting. My other request is that she writes faster!

Now, for the trailer for the book (with a tiny video of Kimberly chatting about Desires of the Dead) and for the music soundtrack I had while reading this book...