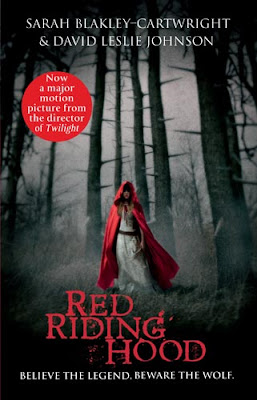 We all know the story about Red Riding Hood. One day, a girl who wore a red cloak went to visit her grandmother, unaware that a wolf wanted to eat her...

Well, in this dark updated version, our Red Riding Hood is Valerie, a young woman who has found herself in the middle of a love triangle. She's in love with woodcutter Peter, an outsider who she hasn't seen in years, yet her parents have arranged her marriage to Henry, a young yet rich blacksmith. And when she's about to run away with Peter, something terrible happens. Her older sister, Lucie, is killed by the Wolf, who the villagers of Daggorhorn has been offering monthly animal sacrifice seems to no longer be enough.

As fear and paranoia sweep through the village, Valerie begins to suspect that someone she knows might be the Wolf. Someone she knows and loves. And the Wolf's message seems pretty clear: The Wolf wants her...

Now, most of you guys know that Red Riding Hood is a Warner Brothers movie that will be released around Easter time, but that's not all. Catherine Hardwick is the director of the film, which stars Amanda Seyfried, Billy Burke and Gary Oldman among others, and is produced by Leonardo DiCaprio.

Another reason why people are excited about this book (well, the peeps at Atom Books HQ) is because this isn't a standard movie tie-in. According to the Press Release (I got a press release!!!), the film and the book were created together with the director, script-writer and the novellist - Catherine Hardwicke, David Leslie Johnson and Sarah Blakely-Cartwright respectively - working together and influcing each other. 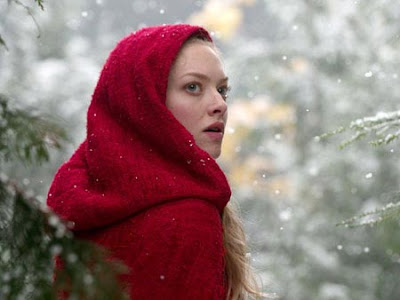 The main problem I have with movie tie-in books is that they can't stand up on their own. With most tie-ins, if you read the book alone, it would feel very flat. As if the novelist took the script and, without any care, just turned into into a "gerneral book version of the film", which turns out to be (about 9 times out of 10) crap! So, when I was told about this at the Atom Books Book Blogger's event last year, I got kinda excited.

So, how did I feel about it? I flew through this book. It is a movie tie-in so there are times when you go "Oh! Now that's quite film-like. That would be cool to see in the cinema or on Blu-Ray" (I didn't get the paranoia which I sense the film will get perfectly), but there was something about it that held my attention. Plus, there was something refreshing about this version of Red Riding Hood. Gone is the lightness of the fairy tale and insert a darker and, maybe, sexual feeling to the story and you get a completely different animal (pun not intended).

Now, there is something I have to say before you rush about and buy this book (I saw it in WHSmiths so I know you can buy it now). Right... how can I say this... the final chapter is missing. [INSERT DRAMATIC MUSIC!] 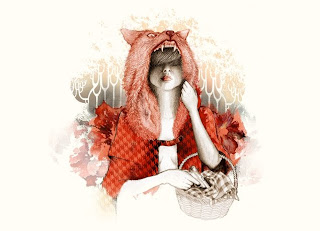 Now, before you guys grab pitchforks and lit torches, I feel have to explain something. Which means I have to use the media-side of my brain which I haven't used since studying Media for 3 year at college (have I never told you that?). If you are going to read this book, it probably means you're going to watch the movie when it comes out, right? And what is the best way to make you go see the film and keep he final few secret twists... well, secret? Easy... YOU DON'T REVEAL THE ENDING!

In the media sense, it's brilliant. If you're going to watch the movie when it comes out, it means you don't know the ending. Which keeps you on the same playing field as someone who hasn't read the book. And if you're only going to read the book, the last page in the story - "Is this truly the end of Valerie's story?" - makes you doubt the ending you have just read and makes you check out the website (http://www.redridinghoodbook.co.uk) to find out there is a secret chapter that will be released on the 16th April - the day after the film goes out on general release.

Sorry, but the media-side of my brain thinks this is quite smart.

But the book. It will wet your appetite for the film enough and has enough strength to stand on its own two feet. Not many movie tie-ins can say that.

And now, to the trailers of this movie... ENJOY!