When I was offered to read Money Run, I was interested but I knew I couldn't find the time to read it due the HUGE amount of books I have at the moment. BUT, the Person I'm With (aka Dan) read the brief and said he would read it on my behalf. So, THANK YOU! And now, here is a quick Q&A review. Hope you like! 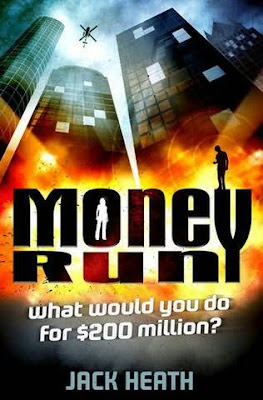 What made you decide to read Money Run when I was giving the brief?
It sounded interesting and kinda like what I would normally read, which are adult thrillers! I didn’t realise quite how big the step down from adult to young adult is, meaning there isn’t nearly as much graphic detail, bloody scenes or swearing. I also don’t think many authors would torture a child, especially in YA.

So, what is the story of Money Run?
It’s about two teenagers who meet at a younger age, when both trying to steal the same cake! YES CAKE! Several years and lots of thefts later, they get an anonymous tip about a £200m item owned by a billionaire businessman. And from there it all hits the fan with, flames, cars, guns, hitmen, government assassins, anthrax, policemen and gold. SHINY GOLD!

How did you feel about the main characters of Ash and Benjamin?
I have to say I’m not a fan, they are children and thieves! Bad parenting? I think so!!! These are children, and they are breaking into a billionaire’s office! When I got over that rant, I feel they were good and bounced off each other well, couple in the making? Yes.

Did the story hit the ground running or did it take its time for you to find your footing?
It didn’t grab me like an adult thriller would, but to be fair it took me a while to get over the above rant. BUT, once I did, it was addictive and kept me interested. I wouldn’t say I thought about the book all the time but it did get me thinking a lot. I have to admit I guessed the ending (the main twists) pretty early on, but it didn’t affect the amount I enjoyed the book.

I know you read a lot of adult thriller-type novels, like James Barrington and Vince Flynn. How did this compare to the novels you read?
I don’t think I can really compare the to for a few reasons. Firstly, reading this was like watching the story from the ‘bad guys’ point of view, the thieves, unlike from the government agents point of view ‘good guys’. Secondly, there is a bigger difference from ‘young adult’ to’ adult’ books than I realised. Finally, this was written like the thieves are being the good guys which still doesn’t make sense in my head.
From an action point of view, it was toned down compared to an adult thriller, but not to the point it was boring, which I feel is good. This could easily have been an adult book with a few tweaks, but I think young adult was the right target audience for this storyline. 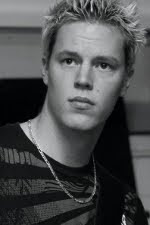 What did you like about this book?
I liked it for a start, it was good, and I think I gave it 4 out of 5 stars on GoodReads. My three favourite bits were - Firstly the twists, very good ideas and I like the way the story came together in the end. Secondly, the romance, even though it wasn’t there it kinda was at the same time, and kept it open for future books, sneaky love if you like. Thirdly, the actions scenes were good, especially the car scenes.

Was there anything that you didn’t like?
Two things I wasn’t keen on - firstly the children thieves I have mentioned already, and secondly also mentioned, the guessable twists.

To summarise in a sentence - I enjoyed the book, the action, the lead characters and the way it came together nicely. Will I read another one? Maybe, depends if the brief grabs my attention.
Posted by Pewter Wolf at 08:30:00