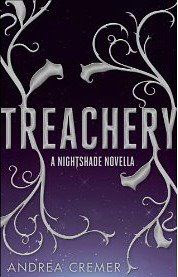 As you guys know, I love the Nightshade/Witches War series by Andrea Cremer. I simply love this series! I adore Nightshade, devoured Shadow Days and loved Wolfsbane (even though most people called this a "information dump" book). But I love this series. So, when I discovered (randomly) on Twitter that Andrea had released an ebook Novella about Calla's brother, Ansel, I got very excited.

Now, this novella takes place between the end of Nightshade and when Ansel appears in Wolfsbane. So if you're starting this series or don't want to know about what happens as I do touch on all the books, SPOILERS!

(If you're still here, it's means you want to know what happens. Ok. Here goes...)

Ansel has been held hostage. He and his fellow Nightshades are being tortured. His mother was violently murdered (which kinda destroyed his father). His wolf form as been taken away from him and destroyed in front of his eyes. All because his sister, his pack leader, Calla, ran away. Leaving him and his fellow pack mates to suffer for her crimes. He is losing everything he ever loved. And the only way out is to form an alliance with his tormentors, and repaying Calla in full for her treachery.

But can he really betray his own sister?

Now, this is a good read as I like reading about Ansel and it was interesting to get inside his head and understand what happened to him in those dark days. And it added an extra layer to the story as it revealed the cold ruthlessness that the Keepers went to after this defiance and, on some levels, the brainwashing effects that happened on one character (ok, Ren. He's been, in my eyes, brainwashed to think this is all Calla's fault). 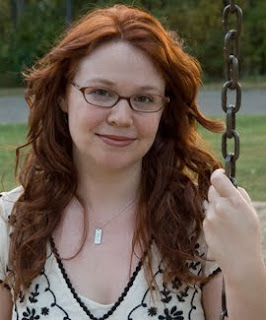 But, this wasn't perfect. I wanted more. Maybe I overhyped this in my head but I expected more. When I heard about this story, I thought we were going to see what happened to Ansel. How he was tortured and see why he did what he did. But we can to Ansel at the very end. And Andrea has never been afraid to show us violence, so I wonder if she was showing us Ansel's fragile mind. How and what happened to him effected him. But we saw that in Wolfsbane, when he was close to self-harming and self-loathing himself.

But still, I expected more. It was nice that it took 100% of my kindle (I have fallen fowl with short stories and they lasted 50 or 60%. The rest is chapters from their upcoming novel [am looking at you, Karin Slaughter]) but it was, according to Amazon, only 34 pages long and it cost £1.49. For that money, I want MORE! I wanted more story, more information! In Shadow Days (which was free), we got more story and more background information whereas with Treachery, it felt like something was lacking...

But, I am going to admit, this has tide me over till Bloodrose comes out next month (as this is a story for fans of the series. If you're reading this before you read Nightshade, DON'T!) And I have heard that the ending to that is surprising. But Treachery... I liked it. But I wanted more, and I think that's why the story fails for me.
Posted by Pewter Wolf at 08:00:00