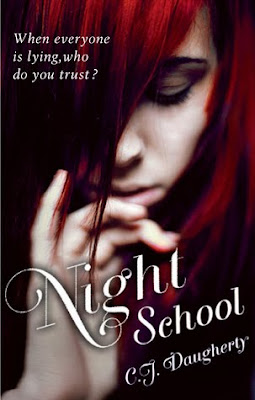 Late in November last year, I went to the Atom Books Bloggers Event (not read my report? Here you go!) where Atom talk to us about exciting books that was coming out in the next few months. One of which was Night School by C.J. Daugherty, and I had high hopes with this book as it was a thriller and it wasn't paranormal! AT LAST! A non-paranormal read!

Allie's world is falling apart around her. Her older brother has vanished without a trace. She hates school where she's been arrested for graffiti and her parents have had enough. They have sent her to a boarding school, much to Allie's shock.

But Allie finds that she's happy at Cimmeria Academy. She's making friends, doing well in her classes and then there's both Sylvian and Carter...

Before I go any further, I want to state that I read this as if this was a standalone novel, not the first book in a series, which is it (as I forgot). Also, the cover is very pretty, isn't it? It's the same photographer and model that was used for the cover of Entangled by Cat Clarke so I kept compare the two books together (which I shouldn't have as these two books are very different creatures).

It's a slow thriller. It takes its time before stuff happens and, while I like the gradual build-up, I know some of you won't. You want to hit the ground running! If you want that, you might want to avoid this (I seem to be saying that alot with books recently...). 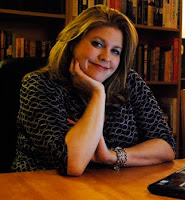 But I think I like this gradualness as you get to know Allie and some of the friends she make at Cimmeria Academy, all the while, you know that something is happening and the feeling of foreboding is always with you.

While I read this from an ARC (Advance Reader Copy) so I could see that there needed to be some polishing, there was a few things I did go "Huh?" over. But I think this is because I saw this as a standalone. If I saw this as the starting book in a series, all the questions that were left unanswered or were hinted at wouldn't have bothered me as much as they did. At least I could go "Oh, that would be answered in book 2" and it won't have bothered me as much. But I didn't so I felt let down (and that's not the author's fault. It's mine as it clearly stated "THIS IS THE FIRST IN A SERIES" on the back of the book!)

While I am very much in the middle on how I saw this book, I am very intrigued over what will happen next to Allie as this is very much a book that laid down all the groundwork so book 2 should be more exciting, more tense and more dark & twisty!