GoodRead - The Fault In Our Stars

This might come as a shock to some of you, but I haven't read this yet. I've had it since last year when the book was released in the US (thank you international shipping/Internet), and decided to wait till the hype that surrounded this book calm down a little. But, it never did. You see, Penguin in the UK bought the rights to this book and a few others of John Green, a movie is being made by the excutive producer who bought us the Twilight Saga and the TV hit, Revenge. And then the book got released in the UK and Shailene Woodley has signed up to play Hazel in the movie and... yeah, it hasn't calm down.

So, when one random day on Twitter, three bloggers (myself, Luna from Luna's Little Library and Chrissi from Chrissi Reads) decided that on a chosen day, they would all start reading The Fault In Our Stars. And we did...

So, the story. Hazel is a typical sixteen year old. Expect she isn't. She has a rare form of cancer that will kill her, but she's on  drug that is a medical miracle. It's shrunk the tumour, but she's still terminal. Because of this, her mother fears that Hazel is getting depression and so, takes her to a Support Group. It's there, she meets Augustus Waters, and her life takes a surprising turn.

Ok, I want to make something perfectly clear. Well, two things. First, I do not normally go for these type of books. I HATE books that feature illness. It's just one of my things. If I don't know about it when I start reading it, I'll cope, but if I know from the word go, then it's a problem.

The second is that this isn't a cancer book. It isn't. This, to me, is a growing up story. This is about a girl who grows up. Yes, there is a love story element to it and yes, there is cancer, but the story is about her. Not her cancer. Hazel is a girl who happens to have cancer. Not a cancer sufferer who's called Hazel. I hope that makes some sense. 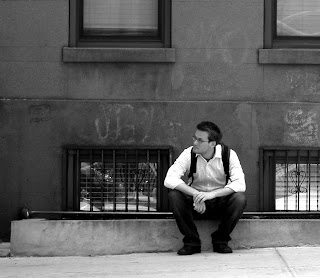 Now, the book itself. My reactions. Right, I have read and watched reviews of this book. Reviews where people have cried or have announced that this is the best book they have read. I have seen them. I am aware of them. I am not one of them.

To me, this book was ok. It was a good read. But it wasn't great.

I'm not sure why I feel like this. I read this over a course of three days (which is super fast for me) so you can say this book was unputdownable. But, this book didn't move me. It didn't grip me till the third and final day when I read for the entire evening. I think I read about 180 pages in that sitting. And yes, stuff happened that made me go "Oh no" and "This page will set people off", but that's a problem in itself. This book has to be read in a sitting. One sitting to get the emotional impact. But most people don't read books in one day. Most people take their time and if this is how the book is meant to be read, then the emotional impact was wasted on me.

One of the issues I had was the way Hazel and Augustus spoke. Pals of mine have explain why they spoke the way they did (John Green explained in a conference, but damn if I can find the link!). But the way they spoke. I had such issues! I kept going "You're teenagers. Teenagers don't talk like this! They don't talk like they're in their fifties!" I found it jarring. And then random lines come up and I just get thrown out of the story. One such line was in the first chapter - "His every syllable flirted". This line threw me and had me ranting and raving for a while. If Augustus's "every syllable flirted", if he said the word Supercalifraliticespialldocious, Hazel would be a puddle on the floor? (oh yes, this was my rant. You can ask my family and other half on this...)

So... yeah. Sorry guys. I know some of you lot will LOVE this book and will cry while reading it, but, to me, it was ok. Not great like the hype has lead us to believe, but just ok.