Before I can go any further with this review, I must thank Midas PR for allowing me the credits to review the lovely audiobooks from Audible.co.uk over the past few months. I feel like I haven't thanked them and I have got a few more audiobooks to go before I am free of audiobooks that are either on my iPhone or in my Audible library so thanks again.

Anyway, now all that's out of the way, let's get into the review of Midnight Crossroad (or, as I always called it, Midnight Crossing. No idea why, though...).

In Texas, there is a small town called Midnight. A town that, on the surface, looks like any other small town. But if you stay a while, you noticed that something doesn't feel right. No one asks questions - well, the right questions. Then two things happen to Midnight in very short space of time. A new resident moves into town and the body of a young woman who went missing three months prior is discovered on the town's first (and last) annual picnic...

Before I go further, I do want to say this is a new series - a trilogy, I believe - and it's an odd trilogy at that. There are elements/characters/themes that come from Charlaine Harris's other series. So, we have vampires, witches, physics, etc that come from other series such as the Sookie Stackhouse and Harper Connelly (I believe from other people's reviews that Midnight does touch or hint at the Lily Bard and Aurora Teagarden series as well, but don't confirm me on that). So, if you have read any of her other series, you will see little Easter Eggs.

Ok, my reactions to the audiobook. I oddly liked it. I didn't love it, but once I found my footing with the story, I did enjoy listening to it. I like that this story was about the town of Midnight and its residents, rather than focusing on a group of people who live in this one town (if that makes any sense). For some odd reason, it reminded me of two things: Welcome To Night Vale and The Night Circus - and I'm not 100% certain why it did. I think both focus of a place rather than the people of that place. Again, am not sure if that makes sense but, in my head, it does.

And with the reader - Susan Bennett - once I got use to her voice, I fell into the story. She never felt annoying to me, and she fitted the style of the story with her Southern American accent (perfect for a book set in Texas).

However, I have two problems. One is linked the audiobook and the other is linked to the story.

My audiobook problem is that there was never any gapping between the end of a chapter and the start of the next chapter. Usually in audiobooks, there is a gap between them (abound 3 or 4 seconds). This is because most people would end their reading at the end of a chapter so, naturally, you would do the same with an audiobook. And yet, not here. It was as if the reader would read it in one breath (she wasn't), and yet there would be a pause after the chapter title and the start of the chapter. Why do leave a gap - a breather, if you will - at the start of a chapter but not the end? 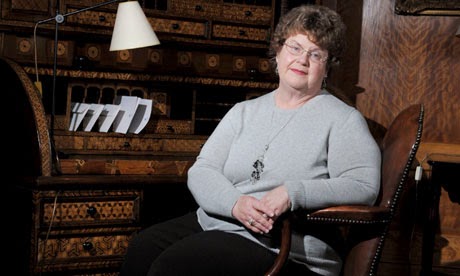 My story issue is the killer. While it came as a shock of who it was, it was a "Wait, what?" moment as there was no clue to hint to that person. There was nothing, really. And that didn't satisfy me as someone who, every now and then, does read crime books and watch crime shows and usually gets who the killer is either very early on or just before the detectives get it. But this had nothing. And because of this, you wonder "Well, if I couldn't figure it out and the Police couldn't, how on EARTH did our main characters figure it out?!"

While it might not be the best Charlaine Harris novel out there, it's nice to read something new from here. I think I might try the next Midnight book when it comes out... maybe... But I won't be rushing to the shops to get it on its release date...
Posted by Pewter Wolf at 07:00:00