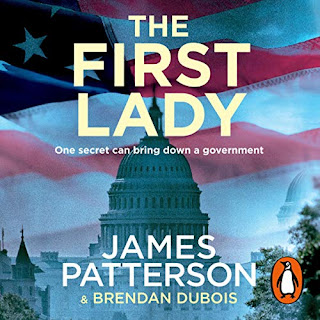 Do you have one of those authors? You know the authors I mean. The ones where you know you shouldn’t read as you and they don’t get on, but every now and then, your resolve weakens and you go “One last time. I will try that author one more time”?

This is my relationship with James Patterson. I find his audiobooks fun, fast and great beach reads, but I find them quite predictable. I know the beats of each of the novels I listen to or read and, though I do have fun listening to the audiobook (I went through a small blitz when I was in my teens with his novels and I find, because of that, I can’t really physical read them any more) and I have a soft spot for the Women’s Murder Club, I always feel a little let down by the stories.

So, when I first started to think about doing Murder Month, I thought I would give one or two authors a second chance. The first was Patrica Cornwall’s Kay Scarpetta and I found, after nearly two or so hours of audiobooking All That Remains, I frankly didn’t care and I DNFed it. But the second was James Patterson. Now, originally, I decided to do The President Is Missing as that had a lot of hype and noise when it was coming out. But I changed my mind. I’m not sure why, but I decided to try The First Lady instead.

It’s four weeks before the next Presidential Elections and the President is riding high in the polls. So when he is ambushed walking out of an Atlanta hotel with his mistress, President Tucker is desperate to get the scandal under control, and the first step is the get the First Lady by his side…

Expect, she’s not in the White House. She walked out of the East Wing after the scandal broke to ride her horse outside the capital and, within moments, she loses her security detail lose her.

The First Lady is missing. Did she run away? Is she dead? Either way, she must be found and, all the while, things are happening behind the scenes… things that will protect the President at all costs.
As I said before, I have tried James Patterson novels multiply times and I prefer audiobooking them to read. And like I said before, in the past, I find James Patterson’s novels in the past a tad predictive. Very crime-by-numbers.

And that’s the same here. 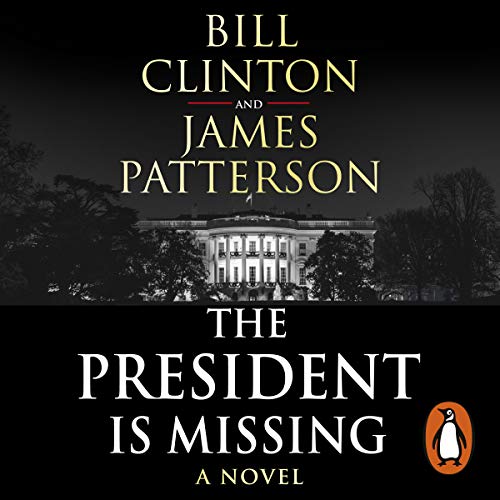 Now, this isn’t a bad thing. I want to make that clear. When I was listening to the story, I was addicted to it. I had to know what was happening next, even though I could see some of the twists coming a mile away. I started and finished this within two or three days and, when I got into the story, even with the “I see you coming” twists, I was there. I was intrigued and I wanted to know what happened to the First Lady…

But when I stopped and thought about the plot, the characters, the twists, I realised how utterly ridiculous they were. This was a typical James Patterson beach read of a thriller. And there’s nothing wrong with that. Sometimes, we all need to read a book where we can switch our brains off and just go for the ride, no matter how silly or cray-cray it gets. So much so, I am wondering if I am going to do another James Patterson audiobook later this year and I am very tempted to. Not sure which one, but I have it down to possible three or four titles, though maybe not with this narrator. It took a while to warm to Deborah McBride's voice and the way she told the story.

It’s a light, easy thriller. It offers nothing new in the terms of Jame Patterson’s other thrillers, but it’s not the worse thriller I’ve read of his either. It’s a a bit meh, but it’s a fun meh. A nice platter-cleanser for my themed month’s reading, and while I’m not going to rush back into reading all his other work, I am not so against trying some more when the mood takes me.
Posted by Pewter Wolf at 08:00:00