Cover Reveal for THE NIGHT ITSELF & DARKNESS HIDDEN

I HAVE A COVER REVEAL FOR YOU GUYS! Well, that, a question/answer and a sneaky peek of Zoe Marriott's newest book, Darkness Hidden.

So, Walker is changing the covers to The Name of the Blade series. And as you guys know, The Night Itself was one of my fave books of last year. I adore it SO MUCH!!! So, I had to be involve with this reveal. IT WOULD BE A CRIME IF I DIDN'T!!!

So, without any further ado, here are the new covers to The Night Itself and Darkness Hidden! 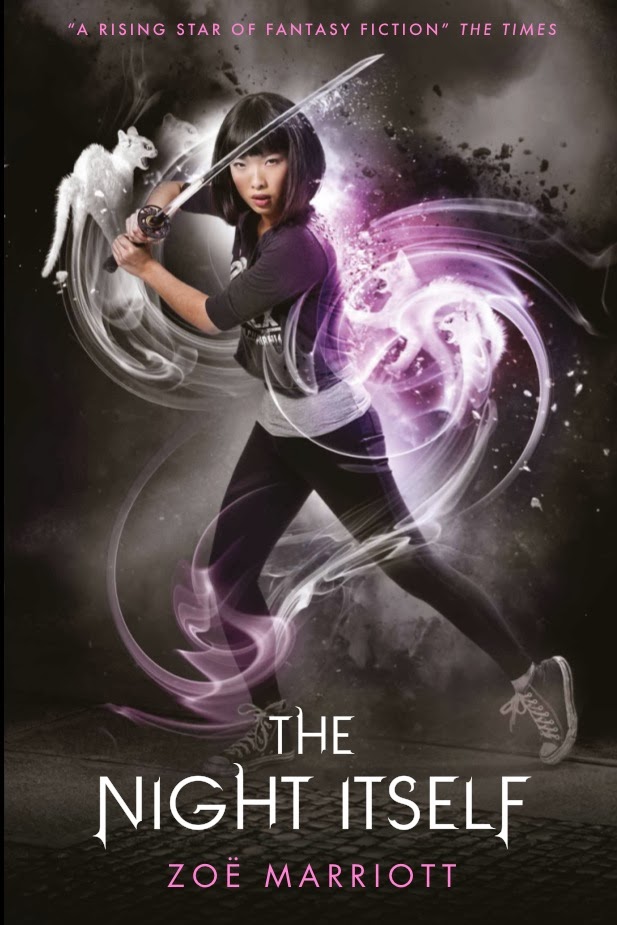 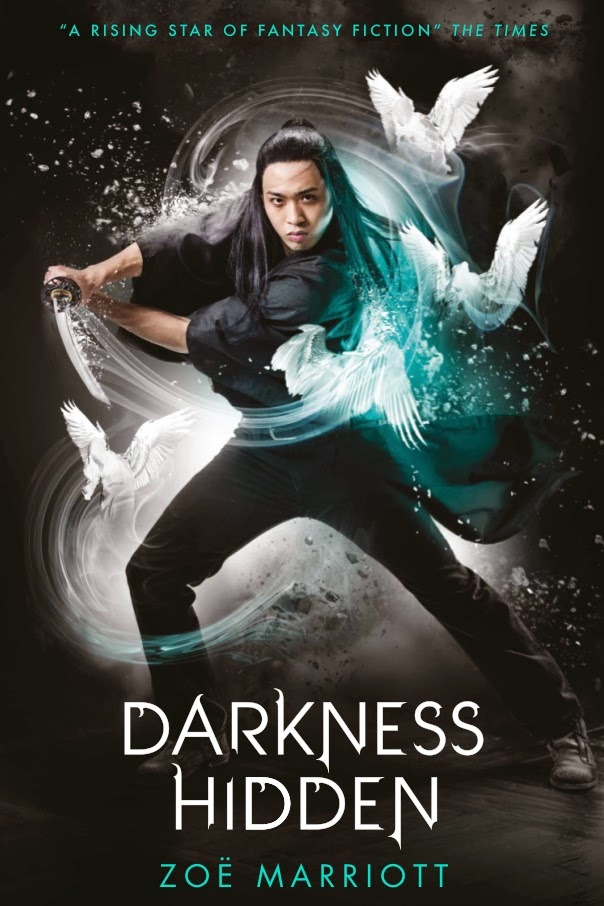 TA-DAH!!! What do you guys think? I can't help but LOVE them! I now want to sit and nitpick over them for clues within the book/series.

BUT WAIT!!! I have more goodies for you. Zoe was very kind and answered one question for the blogs involved in this reveal (aka the awesome Winged Reviews, Serendipity Reviews, Readaraptor & Book Angel Booktopia!) and here is mine.


Question: Does the series has a theme song or several songs that really strike Zoe as perfect for the series as a whole?
Answer: The Name of the Blade series has its own weird and wonderful playlist. I create playlists for everything that I write and most of them are at least a couple of hours long. But because this is the first story I've written with a contemporary setting, it's very different. It's the first time that I've written to lots of contemporary, electronic music (rather than more high fantasy sounding, classical stuff). I was really trying to find a strong, modern voice for Mio and the right music helped with that. The main theme song for the series is The Girl in Byakkoya/White Tiger Field by Susumu Hirasawa from the anime film Paprika. When I was writing the first book I always sat and listened to it for a bit before I started work because it summed up the manic, intense, but slightly whimsical mood I was going for. Other songs that are significant are Vertical Storm - also by Susumu Hirasawa - Robyn's With EveryHeartbeat, and Alibi by 30 Seconds to Mars. The last two will make sense when you read the second and third books... *Evil Laughter*

BUT WAIT! I have one more thing! A tiny sneak peek, remember. And as all the blogs are doing a sneaky peek, if you want to read the sneaky peek in full, go to Winged Reviews first, then Serendipity Reviews, then Readaraptor then myself followed by Book Angel Booktopia. Got that? Good. Now, the sneaky peek! ENJOY!!!


“I was ready an hour ago,” Rachel said as she stomped forward.
Jack moved past me with Hikaru. They weren’t looking at each other, and Hikaru’s expression was forlorn. Shinobu and I followed, walking side by side but with a careful distance between us.
We’re all pathetic.
I could see the rift into the mortal realm taking shape on the grassy side of the little hill. Long streamers of blue lightning blew out of the earth, dancing in the air and then catching hold of others as they emerged, entwining to form a glowing wreath. When the ring of electricity was complete, the grass it encircled faded out of existence, leaving a gaping black hole in the slope.
Rachel walked right into the rift, leaving the bright light of the spirit realm for the darkness of Between without a backward glance.
Jack bit her lip. “This never gets any easier. I wish I could make my own fox lights.”
“You’re not the only one,” Hikaru whispered, so low that I thought only I heard him.
Did he mean that he wished Jack was a fox spirit, like him? Or just that he wished he were older and more powerful, able to control his lightning the way the others did? I had no way of knowing, and somehow I didn’t think he’d appreciate being asked.
Jack nodded a respectful goodbye to Araki, squared her shoulders, and stepped after Rachel. I moved forward, hyper-conscious of Shinobu silently shadowing me. My instincts were begging me to sneak a quick look at his expression, but the rest of me shied away in sheer embarrassment. I couldn’t understand why this was so hard.
“Farewell, sword-bearer,” the king said, appearing again – OK, that was getting freaky – on the crown of the hill overhead. “I wish you good fortune, and offer a piece of advice. Keep a close eye on your friend’s sister. She may have trying times ahead of her.”
Before I could ask what he was getting at, the king’s head snapped up. A deep shudder worked through his body, making his vast fan of tails lash the air; their white tips blazed into jagged blue cones of lightning. Araki took a step back, one hand flying up to cover her mouth.
“Grandfather?” Hikaru began uncertainly.
My katana shrilled – a fierce, high-pitched tone that vibrated along my vertebrae. Without thinking I reached back to grab the hilt, ready to draw the blade. My blood tingled and my heartbeat surged as my palm made contact with the silk wrappings. Then I froze. What am I doing? I whipped my hand away and stared at it for a moment as I flexed my fingers to confirm that they were under my control.
The ground jumped under my feet. Beyond Araki, the other side of the throne erupted with electricity. A new rupture. A small crowd of Kitsune – four of them, none older than a two-tails – stumbled out. They were ashen-faced and covered in dirt; one of them, splattered with blood, was clutching at her arm. She collapsed face-first into the grass and lay there, gasping for air and shaking with what looked like agony. The others hastily drew away from her.
Araki darted forward, falling to her knees beside the Kitsune girl. I saw with horror that the girl’s twin tails were withering, the lush reddish fur turning powdery grey and shredding off before our eyes. Horror turned to disbelief when the dignified Araki threw back her head and let out a terrible wail.
The Kitsune who had come through the rupture with the injured fox spirit picked up the note, their voices joining into a low, wavering keen of sorrow. The noise spread through the amphitheatre, celebrations dying away as the whole assembly of fox spirits fell still in the aching song of grief.
“What’s happening to her?” I cried out over the wailing. “Can’t someone help her?”
Hikaru didn’t even look at me. He lifted his face to the canopy of trees above and howled.
I felt Shinobu’s hand grasping mine, trying to pull me towards the rift. I shook my head, yanking free. I couldn’t leave. They needed help!
The king’s tails flicked in my direction. It was as if a massive hand had scooped me up and tossed me straight at the waiting blackness of the open rupture. I tumbled inside. Shinobu landed half on top of me with an Oof.
“Wait!” I shouted, struggling to get up.
It was too late. The light had vanished and the rupture closed.

Email ThisBlogThis!Share to TwitterShare to FacebookShare to Pinterest
Labels: Book Covers, Darkness Hidden, The Name of the Blade, The Night Itself, Walker Books, Zoe Marriott