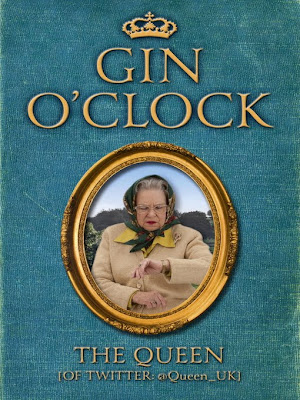 I'm pretty sure you guys know I am a fan of Twitter. Might be classed as an addict by some of you (well, I use it for stupid things and for the blog, so I'm on it most of the time!) and one of the great things about Twitter is the parody twitter accounts. Some are stinkers and others are hilarious! I follow @MrsStephenFry, @CherylKerl & @Queen_UK and all three of them have made me snort with laughter. And they all, out of nowhere, have books out! I read @MrsStephenFry's Diary last year (she has another book on Unbound, revealing the secrets to a perfect marriage…)and I know of @CherylKerl's book but haven't got my hands on a copy yet.

Now, the @Queen_UK. I had Waterstones' giftcard for Christmas and, remembered I wanted this book, I asked if they were in stock. Nope, not in that branch. So, checked on Kindle and treated myself to the ebook version (only to have a lovely person at Hodder ask if I wanted a review copy a week or two later…).

While sipping her drink of gin and tonic (minus the tonic), The Queen [of Twitter] decided to reveal her diaries and shows us how, quietly, she is ruling the world while trying to keep her family in check. All with a gin and bacon sandwich in hand… 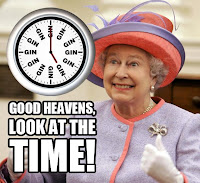 Oh, @Queen_UK! I knew I was going to like this because of your twitter but, when I read a teaser where you called Catherine's (Duchess of Cambridge's) mother Mrs "Please call me Carole" Middleton, I knew I was going to howl at this book. And I did! There was always something that made me smile or snort unexpectantly with laughter. It was just fun to see One calling her weekly meeting with the Prime Minister his "ego-realignment", her throwing fancy dress parties for the Corrie Tram Crash, Eurovision and other events (only to lose Camellia who was last seen going outside for a quick smoke…), and her coping with her landmark trip to Ireland, her handling of the Obama's' visit and having to deal with the Middletons…

I do hope Hodder talk her Majesty into writing a sequel after the events that happen in 2012 (her Diamond Jubilee and the Olympics) as it would be very interesting (and probably rolling on the floor-worthy) to have her take on the world. Also, the PIW (it's been ages since I used that term - Person I'm With) think I should read the audiobook as my "posh voice" will add to the humour. If they can't, I'm sure Hodder could give the @Queen_UK some gin that will help change her mind…

Saw this on Alan Rickman Daily so thank you!
Posted by Pewter Wolf at 07:30:00 4 comments: 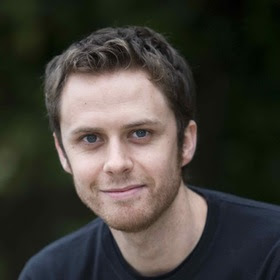 My deepest thanks to Sasha aka FzngWizbee! Your tumblr is always a delight!
Posted by Pewter Wolf at 07:00:00 1 comment: 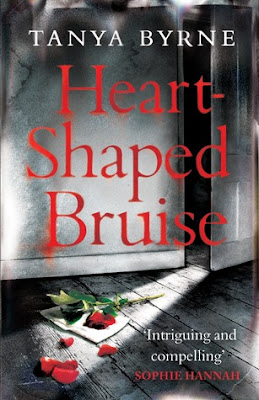 I only came across this book by sheer fluke. I was emailing Sam from Headline, thanking her for letting me have a copy of Kimberly Derting's The Last Echo to review when she mentioned Heart-Shaped Bruise. After she gave me some info about it, I thought "It sounds like the TV show Revenge meets Cat Clarke" and asked if it was ok for me to read this. She was thrilled as she thought I would adore this book.

On top of a wardrobe in the now-disused Archway Young Offenders Institution, was discovered the secret journals of Archway's most notorious inmate, Emily Koll. Emily who is unapologetic over what she did. Through her journals, we hear her side of the story. Through her words, we see how far she went to get revenge. But can we trust her versions of events? Is she showing us the truth or trying to get our sympathy? 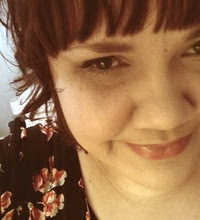 This is a compelling read. It just demands your attention as you try and figure what Emily did that was so awful that she's in a young offenders institution awaiting trail. The quote on the front of my copy from best-selling thriller writer, Sophie Hannah, says "intriguing and compelling", don't take as a "oh, they got an author to say something good". Sophie is right!

This isn't a story of forgiveness. Let's make this clear before I go any further. Emily herself ever states in within the first two pages. But the further you read, the more complex you discover Emily to be and the more questions that pop up. Is Emily doesn't want forgiveness, then why is she writing this? Why couldn't Emily let go when it wasn't her fault? Why why why?

There's not much more I could say. Don't expect a neat ending. Because there isn't one. It's left messy and a bit of a crime scene, which (if you think about it) is very much Emily at that moment in time. Her life is a crime scene.

If you're a fan of Cat Clarke and want a dark, gripping read, this is perfect for you. I can't wait to see what Tanya writes next!
Posted by Pewter Wolf at 07:30:00 4 comments:

SMILE - Look At The Red Panda!

Makes all the bad things go away... 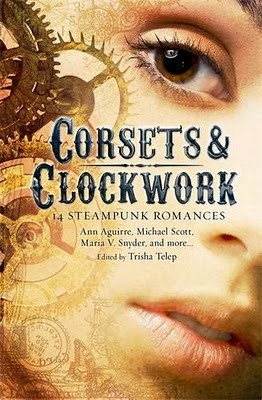 There's not much else to say expect this is a nice way to introducing yourself to steampunk (and die-hard steampunk fans will love it). And, after reading Maria V. Snyder's Under Amber Skies, am very excited to read Poison Study for the coming-soon Kindle Month!
Posted by Pewter Wolf at 07:00:00 3 comments:

Thanks to Julie On The Mind tumblr (aka Portrait of a Woman)
Posted by Pewter Wolf at 07:15:00 1 comment: 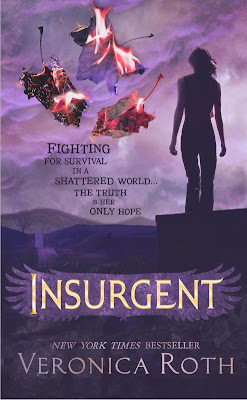 I have to apologise in advance for this review as I am writing this when I'm not feeling 100% well (hence my Facebook/Twitter silence). But, here is my review of Insurgent, let's hit the ground running.

I'm going to say this now: I think Veronica Roth is trying to kill us.

Seriously, she is! It's been a while since I have read a book that leaves me so breathless that I had to put the book down for a good few minutes to catch my breath. It never slackened its pace. Not for one page.

It was interesting that Veronica made Tris suffer from Post-Traumatic Stress Disorder and maybe Survivors Guilt, but it seemed perfectly natural to have Tris suffer with these and, because of these, to react the way she does in the situations that happen in this book.

I don't want to reveal too much as I know there are many of you that want to read this book and are probably screaming "ENOUGH! ENOUGH!" but I have to warn you about the ending... Oh, the ending... That last few chapters will knock you all for six and will completely change the ball game. And Veronica does it in such a clever that you will not see it coming...

The only snag I had is that there was no catch up. You were thrown straight into the world (which is always a good thing) but you had no catch-up. After a year for most people, it's hard to remember which Faction means which virtue and it takes a while to go "Oh!" over it.

However, Insurgent. This is one breathless read that will leave you hunger for the third and final book in this trilogy. And we have to wait a year for it. A YEAR! *sulks* But still, we can reread Divergent and Insurgent. Just as long as we can put the books down everyone once in a while to caught our breath...

(PS - quick thank you for Rosi at HarperCollins for letting me have a copy early. Not sure that was a wise decision, but I thank you nevertheless!)
Posted by Pewter Wolf at 07:30:00 2 comments: