Books and Their Theme Songs (Volume 2)

Now, I know that on my book reviews, I am trying to add songs at the end of the reviews that I feel strongly about. And, because I haven't do this in a while, I thought I would do it again!

Need by Carrie Jones - "Man on a Mission" by Siobhan Donaghy


Fallen by Lauren Kite - "Black Tables" by Other Lives

Because I Hate You

Email ThisBlogThis!Share to TwitterShare to FacebookShare to Pinterest
Labels: Because I Hate You, cats and dogs, Laugh, YouTube

As some of you know, the "Nation's Favorite LandLady", Peggy Michell (aka the lovely Barbara Windsor) is leaving Eastenders after 16 years in the show. And the BBC are plugging her farewell. I found the first trailer (my fave!) and three clips of Peggy, which are brilliant. One is as camp as anything, but brilliant nevertheless!

So, dear Peggy, I should miss you!

In Shiver, Grace and Sam found each other and fell madly in love. 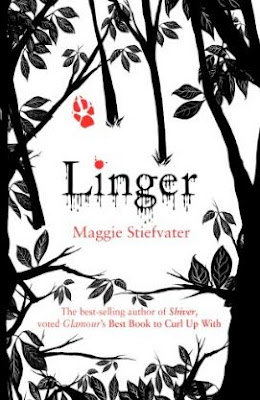 Now, in the second book in the Wolves of Mercy Falls trilogy, Linger, Grace and Sam have to fight together. For Grace, this means defying her parents and keeping dangerous secrets. For Sam, it means grappling with his werewolf past ... and figuring out a way to survive the future. But just when they manage to find happiness, Grace finds herself changing in ways she could never have expected...

Shiver – I LOVED the book. No, seriously, I do. But the ending creeped me out. But I loved the love story worked so beautifully and how Maggie's writing (there's a line in Shiver where she described the wolves as "They were silent, beautiful ghosts in the woods.")

The beautifully writing and prose continues in Linger, and I'm so happy about that. Also, I love how the author, Maggie Stiefvater continued the story by, not having just Grace and Sam telling the story, but adding two more voice to the mix. We have Isabel, whose brother Jack die when he was attacked by the wolves in Shiver, and we have Cole, a new character (Bad Boy alert!) who wants to do anything to become a wolf and not be human. 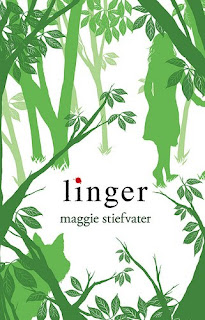 I love these two new voices. I'm not 100% sure if I like Cole much, but I love Isabel. Her voice was cutting and showed she was still grieving for her brother and yet, against her better judgement, is slowly falling in love with Cole. I'm not sure why but I imagined KaDee Strickland's (aka Dr Charlotte King in Private Practice) voice for Isabel.

Now... the ending... I am going to admit this. I almost threw the book across the room. But that's a good thing. It means, to me, that it's a good read and the writing was brilliant. I love Shiver & Linger is a really good follow up. And with the ending that Linger finished on, I can't wait for the third book in the trilogy, Forever.

Now, to pick a song that reflects the book to me. I hope you like the song I chose...

So, you guys know I sometimes write short stories (or something like that) within 30 minutes (blame Michelle Zink). Well, I came across something on Twitter, where you ave to write a short story or Flash fiction within ... wait for it... 6 MINUTES!!!

Yeah... I know it's my work and I had a stressful time writing, I'm not going to put it on the blog. I might change my mind. But until then... let's look at this BEAUTIFUL picture I found which was taken by Jenny Terasaki! 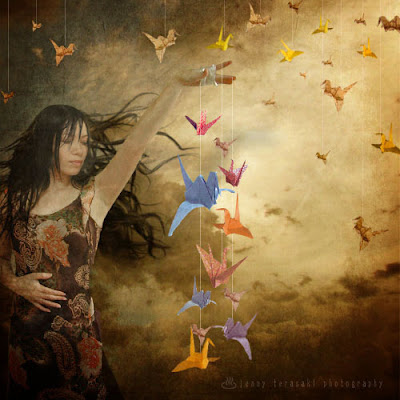 So, every now and then, I make myself have a go at writing something out within 30 minutes. Or I try to, seeing as today, my keyboard was playing up. So, I wrote in 35 minutes (because I had to run and get batteries!). So, enjoy!

I know death. I work with it. Hey, you can say we’re the best of buddies.

I am a forensic anthropologist, and let me tell you, my job isn’t exciting. Don’t believe that CSI crap. I deal with dead bodies. Whether they are burned, decomposed, mummified (don’t ask!), mutilated, dismembered or skeletal. So, they’re not exactly a chatty bunch.

I prefer working with skeletal remains. Nothing scary about skeletons. It feels safe working with them, knowing that there are 206 bones in the body. It’s like working on an old maths question you feel comfortable with.

I do not feel comfortable working with anything else. I have to pushed into the autopsy room, half the time. Mostly because I don’t have a Starbucks in my hand (other coffee brands are available). But the idea of doing a Y-incision into the dead’s chest – doing it to a female is more disturbing, but if you’re a man (or a lesbian), you’ll instinctively look at the breasts. And then you have get to the brain, which is worse because you have to cut through the scalp, collapse the face (!), and then saw through the bone.

Yeah. Dealing with skeletal remains is much better for me.

And it was dealing with a skeletal remains of a woman (black, mid to late thirties) is when I heard it.

I heard something. I wasn’t sure what, but I heard… movement?

Now that was impossible. I was the only person in the morgue. I was working late to make sure all my notes and findings made sense. I was getting dental records tomorrow and I was sure that we would have an ID for her. For her and for her family’s sake.

Nothing. As quiet as the grave.

I sighed, looked at the clock – 10:47pm – and decided that I should really go home. I was seriously behind on my Grey’s Anatomy – a secret vice no one knew about. Plus, I wanted a shower. I wanted to wash the smell of death that I knew had clung to my clothes, my hair, my skin.

I stretched, feeling my joints pop out of my sockets when I heard it about. A low, muffled sound. I stood perfectly still, arms still above my head, trying to pinpoint the sound.

I should ignore it. It’s nothing. I mentally told myself. And yet… and yet, I knew I couldn’t.

So, guessing that weird the noise had come from, I walked across the morgue, pass the gurneys and pushed the doors open.

A chill ran over my skin. I felt goosebumps rise. The cold room has that effect on people. It never bothered me before. But it did now.

Eight stainless steel gurneys were taken. Each holding a black body bag. I felt my skin tightened as I walked to the first. I forced myself to work confidently. I had nothing to fear here. It wasn’t like the dead could rise again.

I checked the tag. White female. No date. No time.

I unzipped the bag. Inside was a naked white female. Her skin was practically translucent. Her black hair looked wet and was pulled back, revealing a woman with a large forehead. Her eyes were closed, given the impression that she was sleeping.

“Oh, get a grip of yourself.” I told myself aloud, zipping the body bag shut. “You’re tired. You’re cranky. Go home.”

I turned to leave. I made two steps before I stopped. Okay, that time, I definitely heard something.

I turned. It had to be my imagination. Had to be. There was no way -!

Slowly, I edged back to the body bag I had just opened. Then stopped, hand frozen in mid air.

“Get a grip,” I told myself, as I took the zip and unzipped the bag.

Again, there she laid. Her eyes closed. Her hair still pulled back.

Her eyes were open!

“Oh – OH MY GOD!” I couldn’t stop myself from saying the words. I grabbed the gurney and kicked at the brake.

Get her out of the cold!

“Sweetie!” I said, kicking at the brake again and feeling my foot making contract. “It’s okay. I got you. You’re going to be okay.”

I wheeled the gurney out of the cold room. I thought I heard someone.

This was revealed last night so...

Cassandra Clare, author of the Mortal Instruments trilogy (which is technically not a trilogy because she has written a fourth book - City of Fallen Angels) announced last night that TWO MORE books will be added to the series, making it SIX books in total. And, if you see her prequel trilogy - Infernal Devices - as part of the same series (I don't, but still, some do), that makes it NINE books!

But not only that, SHE GAVE US TITLES!!!

AND - we have YEARS OF RELEASE AND TAGLINES!!! So exciting!!!!

CITY OF FALLEN ANGELS: "Who will be tempted by darkness?"
CITY OF LOST SOULS: "Can the Lost be reclaimed?"
CITY OF HEAVENLY FIRE: "Will love be their salvation or destruction?"

Mouthwatering, huh? And now, we have dates. Well, not dates, but year release. Now, hold on. This is kinda confusing.

Also, one tiny mouthwatering piece of information Cassandra said (she was very vague about the new books - as she should) is the following: She also said that new characters will be introduced including a female and a male that will shake up some relationships as we know them.

AND - someone gave the link to the video! SCORE!

And now, because we have no book cover of CITY OF FALLEN ANGELS to show you (it won't be revealed till December 2010!), here is a song I HUGELY relate to this series (and I hope Imogen Heap will release TONS more music before the books are released!)

Another month has past and we have yet more recommendations. I might take a break soon, me thinks. But not yet. Anyway, here is the monthly update in which, if you don't follow our Twitter (twitter.com/BeforeUGo) or you're not a member of the FaceBook Group (click here), then here's a monthly update to either refresh your memory or for you to discover new music!

So, this month's choices were:

If you know any bands or like any music and you want to share it, you can. Leave a message on this blog, on the Facebook Group's wall or tweet to us on Twitter. Have a great month!
Posted by Pewter Wolf at 14:00:00 No comments: