If you are a Night School fan, you might not be aware that the Friday just gone, a song inspired by the series has been released. And CJ Daugherty is a fan. So much so, an acoustic version of the song was used in the book trailer for Night School: Endgame.

Well, to celebrate the release, I was asked if I fancied asking some questions to the singer, Betsa, asking her questions about Night School, music and her reactions to when her song was used in a book trailer. So, am breaking my blog holiday (again) to share with you guys!

Before I go any further, I must thank Betsa for taking time out to answer these questions and Jack Jewers to setting up the Q&A. So, thank you. Now, here we go! 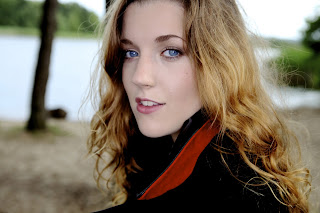 Betsa, thank you so much for chatting with me. First of all, how did you get into the Night School series?
Thank you!

I got into reading Night School after seeing a copy of it in my local book shop; although I don’t like to judge a book by it’s cover, the Night School cover completely pulled me in and made me want to read it. After reading the blurb I knew it was definitely my kind of book, filled with an intriguing love triangle, action and mystery.

What was it about Night School that grabbed you as a reader?
I’m quite the hopeless romantic so the whole Carter – Allie relationship was extremely thrilling for me as a 14 year old. Also I felt like Allie was a real person; she made mistakes and wasn’t perfect, I could relate to her character, especially the panic attacks that took her over and her own personal struggle throughout the novel.

What about this series grabbed you as a songwriter? What made you think “There’s a song in here”?
As soon as I’d seen the book trailer the first lyric of the song came into my mind; ‘It’s getting darker and there’s someone after me’ – I think I sang it as I was walking home from a late night babysitting last year. It was the decisions Allie had to make throughout the first two books that really got me thinking; how she was always second-guessing herself and whom she could trust. From April 2014 until January this year I kept the song a secret and thought of it as more of a little bit of fun. CJ and Jack then asked if they could use a cover of Shake It Off I had done, for one of their videos. I thought to myself ‘Betsa, you actually have a song about Night School for Night School’ and sent over a version I had recorded on my iPad. Amazingly they loved the song and here we are today!

What was the process of creating the song, Night School? Was it a long process or was it quite fast?
Writing the song took me about an hour as the lyrics and melody came so easily. I wrote it in my conservatory in the dark to try and get a good, ominous atmosphere. Obviously, after that nothing happened for another year as I never told anyone about it, but June this year I had the absolute pleasure of working with an incredible producer Brad Mair who knew exactly what the song was about and exactly what it needed to be. Straight away this made the process run smoothly. He had it finished in what seemed like and instant. I think I’ve been very lucky with how well our team communicates with one another, making sure everything was done right and to the standard we all loved! 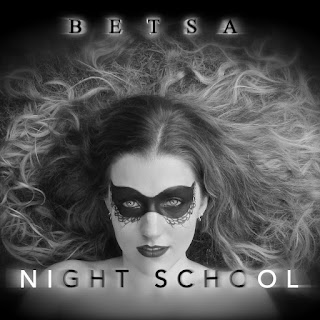 So, how did CJ Daugherty (writer of the series) and Jack Jewers (director of the Night School: Web Series) come across your song?
I’m lucky enough to know both CJ and Jack as they live quite locally to me. As soon as I found this out I was so excited to meet her and luckily got to when my dad was asked, by complete chance, to film the Night School Book Trailer. By this point I had already read the first book and was incredibly amazed that he was working with CJ! Since then, both of them have been round for parties and get-together’s and have fortunately been to some of my gigs. This is why I felt comfortable enough to finally show them the song.

An acoustic version of your song was used in the book trailer for Endgame. How did you feel when you were told this?
I was absolutely ecstatic when Jack told me he wanted to use the acoustic version of the song! At the same time I was worried about what the fans would think, hoping they would like the song and support it. Luckily all the comments have been positive, which has made me feel extremely humbled (the Night School fans are honestly the nicest people ever!)

What was it like to watch the book trailer when it was released and hearing your music being used? And what’s it like, knowing that the trailer has had over 10,000 views?
I was on cloud nine when I saw the book trailer. I sneakily put it on at college, as I couldn’t wait to watch it. Funnily, for a moment I thought they hadn’t used the song as the beginning had a different piece of music. I then I heard the guitar come in and began squealing with glee. I had to stop myself from showing everyone in my photography class.

The song was released on the 17th July. How does it feel to have your song released for purchase?
It’s such an amazing feeling! It’s so lovely to have the incredible support from CJ and Jack, and of course the Night School fans and blogs like this, as I created the song to speak to the people who were completely taken in by the franchise; by the darkness and romance, by the mystery and pain, and by the choice to pick a side, hoping that it’s the right one. That’s what the books are all about and therefore that is what the song is about and I really, really hope people get that and like it!

One final question: have you read Endgame and, without spoilers, how do you feel about it?
Annoyingly, I haven’t had the chance to read Endgame yet as I’ve been reading all the old classics (Austen, Wilde, both Bronte Sisters…) But It is on the top of my Summer holidays reading list and I can’t wait to throw myself into it! From the Endgame book trailer, I will probably be holding my breath the whole way through and most likely shedding a tear when it comes to the end.
Posted by Pewter Wolf at 08:00:00