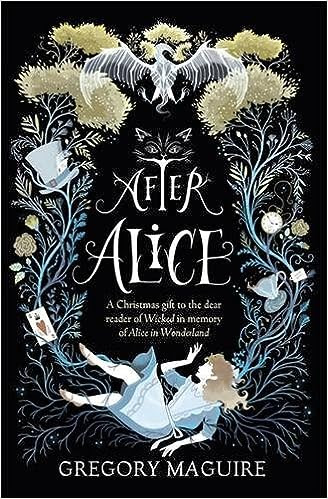 I'm going through a bit of a reading slump. There, I said it. I seem to have hit a bit of a wall. I was meant to be reading Magnus Chase from my lovely pals from the Bookish Brits. I was so excited to read it - and 100 pages in, I hit a wall. I just went "Nope", put the book down and not touched it since. Which is sad.

In the mist of this, Midas PR asked if I wanted to review some audiobooks. They gave me one/two credits and I went looking for something to grab my attention. ANYTHING to grab my attention for longer than a few minutes. For a while, nothing grabbed me. Then I stumbled onto After Alice and went "Let's risk it.". It was this or Playing with Fire by Tess Gerritsen (which I have been approved to read via NetGalley hence why why After Alice won this contest).

If you have read my blog for a while, you would know I have had a real bad run of audiobooks of late. No idea why, but there we go. I just hoped I was going to make it to the end of chapter 15 without wanting to throw my iPod across the room.

There's not much else I can say on how to describe this book without fear of spoiling. But I feel the same way about this as I did when I read Gregory Maguire's Wicked (review for that here). It's a fickle thing, this story. I got to the end and there were moments in this audiobook I really liked. But there are moments when I found it hard work or grating.

I really enjoyed Gregory's take on Wonderland and the characters from Wonderland. And I liked the fact that he tried to show us what happened in Oxford when Alice and Ada was in Wonderland. How people worried. I like this as we haven't seen this happen in a Wonderland retelling before.

However, I didn't like any of the human characters. If they were human & from our world, I found them very selfish. No one was likeable. I believe I had this problem with Wicked. I never connected with anyone - maybe expect for, up to a point, Ada. How are we meant to root for characters if we can't connect with them? 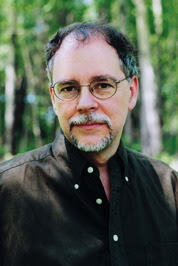 Another problem I had with the audiobook is the writing style - Gregory Maguire tried to write this in a style that fitted with Lewis Carroll's Alice's Adventures in Wonderland and, while it worked up to a point, it's didn't work completely. There would me words, phrases, even whole chapters, that were just jarring and threw me out of the story. There was one very short chapter that described Oxford, its sky and how it was slowly changing - why is that here? How does this effect the story? It doesn't so why is it here?

The narrator of this audiobook is Katherine Kellgren. While her voice fits the time period this story is set in, it comes across quite harsh at certain moments and that, too, would throw me out of the story.

I tried again with Gregory Maguire and again, this wasn't my cup of tea. I don't enjoy Gregory's writing style so, while I won't be reading any more of this works in future, at least I tried and, if you do like him, you might enjoy this take of Alice. But it wasn't for me.
Posted by Pewter Wolf at 12:00:00