This was meant to be going up in a day or two times, but because it's snowing, I decided to push it forward a few days. Seemed a little apt somehow... anyway!

I'm not sure how this happened, but I am thrilled to have Cliff McNish on the Pewter Wolf!

Cliff McNish is the author best known for his Doomspell trilogy and the Silver Sequence, but has written other novels such as Breathe: A Ghost Story, The Hunting Ground, Angel and Savannah Grey. I devoured the Doomspell trilogy and the first two Silver Sequence when they first came out many years ago, so when I heard that, after years of them being out of print, they were going to be republished, I knew I had to email Cliff to see if would have time to answer a few questions about Doomspell and Silver. And he came back and went "Sure!".

So, to Cliff for finding time to answer my questions, thank you.

Now, before I hand you over to our Q&A, if you want to know more about Cliff and his books, check out either his website - www.cliffmcnish.com - or his Twitter - @cliffmcnish.

Now, ONTO THE QUESTIONS!


What would you elevator pitch for the Doomspell Trilogy and The Silver Sequence?
Doomspell: Narnia with Teeth. Two children are dragged from the cellar of their house, and only magic can save us from the world of witches they discover.

The Silver Sequence: Children verses Ridley Scott’s Alien. Six children face an alien creature larger than the Earth, and only their combined gifts can save our planet. 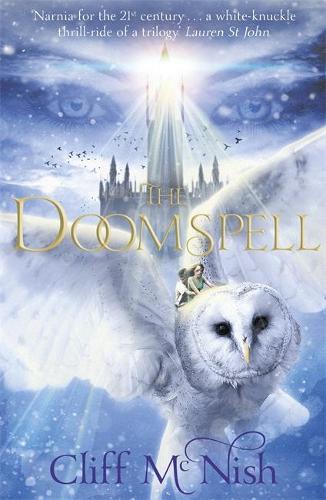 What inspired you to write The Doomspell and then the sequels, The Scent of Magic and The Wizard’s Promise?
My ten-year-old daughter, Rachel, wanted a story about a really, really nasty witch. I was 37 at the time, and had never written anything before, but shortly afterwards a strange image came into my head: of a terrifying woman walking down a steep stairway. The woman was outside, surrounded by dark snow and freezing winds, but she was not uncomfortable; on the contrary, she was quite at home.

I got out my PC and started writing the scene that became the opening to The Doomspell (then called simply Rachel and the Witch). It was only when I completed the first book – which works as a stand-alone – that my publishers asked what other ideas I had. By then I’d had some thoughts about continuing the story of Rachel and Eric, but bringing the witches to the Earth. Luckily for me they said great, as they anticipated the first would sell well. I had loads of idea for sequels to Angel too – a very different story – but that didn’t sell so well, so the answer was ‘no thanks’ to sequels.


All three books in this series are quite grand in scale of setting. The Doomspell is set on the Ool, the planet of the Witches, Scent of Magic is set across the Earth and Wizard’s Promise is set both on Earth and Ool, with a few moments on the Wizard’s home planet, if I am remembering right. What was it like writing writing three very different settings?
It was very liberating, really. I was kind of stuck with children as main characters, but I could go as original as I pleased with the settings, and they became more elaborate as I gained experience and confidence. By the third book I’m creating living mountains and lovable snow, and hurricanes that are really lovers, as well as stretching far beyond anything in The Doomspell the subject of spell-making and its limits. It was great fun creating the world of Ool especially, where the witches – and giving them their own culture at war with itself. I’d never have dreamed I’d go that far when I wrote the first book, which is much more traditional arc than the 2nd and 3rd books in the trilogy.

When The Doomspell was first published, it was compared to Narnia and Philip Pullman. What was it like getting such comparisons? Did it put an extra pressure on you?
I was glad to get the comparisons, as it marked me out – and every writer starting off needs to stand out in some way to get recognition, or they’re dead in the water commercially. I did think the Pullman comparison was a little odd – not really treading the same ground. Did I feel any pressure? Not that I recall. I was a very free and fluent writer at that stage of my career.

With both The Doomspell trilogy and your other trilogy, The Silver Sequence, you gave children a wide range of magical abilities. How did you decide what power each child got? Was it organic or did you struggle to give each character the power that best fitted them and the story?
It’s so hard to remember! Mainly for the Doomspell it was SPELLS, so coming up with variations on a theme. Occasionally, as in the SPECTRUM children in book 3 (where I went much more deeply into invention) I was conscious of wanting to invent something I’d not really read anything like before, and enjoying that. I did that even more in the Silver books – I wanted to get away from magic and write something original. I think I achieved that, but to some extent at the expense of carrying fewer readers with me. It’s a tricky balance, hard to get right. But I have no doubt that the Silver books are my most original work conceptually. It did so poorly commercially, though, that I reined back on that a bit thereafter, though I did return to a stranger utterance in Savannah Grey. Which also never sold well. Sigh.

Sticking with The Silver Sequence, it’s very different to Doomspell. While still fantasy, it’s darker in tone and has an edge of sci-fi to it. Was this a deliberate decision or did this happen while you were writing?
The tone – accidental. Very deliberate, though, that I change subject matter. I thought I’d carry my Doomspell readers with me in this strange landscape, rather crazily looking back on it. That seems, to me, amazing now. Doomspell readers were mostly traditional fantasy/magic readers who digged Narnia. Big audience for that. Mainstream fantasy. The Silver books are a totally unconventional mix or urban/sc-fi and horror. There is no ready-made audience for that; it’s really a teen/adult audience, and I should really have written it for them. 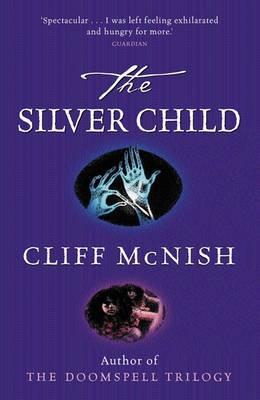 With each book you have written, you’ve changed genres. Doomspell is fantasy, Silver Sequence is fantasy with a sci-fi twist, while two of your other titles - The Hunting Ground and Breathe - is more paranormal and horror driven. Is it easy to write in different genres?
I never actually plan it that way. Breathe is traditional ghost story in many respects – old setting/house – but the element that is most memorable about it (or the part that I get most letters about) is THE NIGHTMARE PASSAGE – which is pure dark fantasy/horror. To be honest, a lot of the witches in the Doomspell series – esp. the Griddas – also fit the horror description. So my real bent is towards horror, if there is one. Having said that, I recently wrote Going Home, a story about 4 dogs stuck in a rescue centre. It’s warm-hearted comedy for 8-12 year-olds, and I’m as proud of it as anything else I’ve written. So I guess what happens is that I like a story idea – and the form kind of gathers around it, but there’s generally a strong whiff of darkness somewhere.

Last question: as you write characters with powers, if you can give yourself a power, what would it be and why?
Good question! And the answer would probably depend on my mood. I think the ability to bring out the noblest instincts in everyone you meet would be cool. But so would the ability to selfishly conjure up a profiterole on demand. I always think it’s fun to come up with the opposite of a power – to come up with useless superpowers. Like a kid who can always do homework in a single second, but only someone else’s. Or who can fly, but only inside closed wardrobes. Or who can run faster than any creature – but only extinct ones!
Posted by Pewter Wolf at 13:15:00