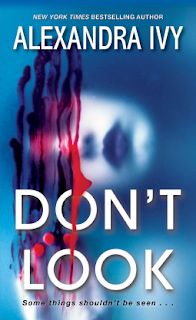 The last NetGalley November review. Yes, I know this is December but I finished this Sunday/Monday so I can’t include it as part of my Reindeer Readathon or my December TBR (which seems to be turning a bit of a Murdery Christmas… [and I planned to read fantasy and sci-fi like heck. Oh well…]. And yes, it’s a crime-y read… kinda… so yeah, this December on the Pewter Wolf might be more stabby than I was hoping for…

Bought, Borrowed or Gifted: Gifted by publisher via NetGalley in exchange for an honest review/reaction

So, main reason I requested this on NetGalley was the cover. The cover is striking, right? But does it live up to the premise.
Kir Jansen returns to his hometown of Pike, Wisconsin, to bury his father, the former sheriff of the town. After the funeral, things happen out of his control: Kir bumps into the town’s vet, Dr Lynne Gale and there’s something between them. The vicar gives Kir a letter from his father, listing initials and Kir is wondering if it’s linked to his father’s frantic and drunk delusions that a serial killer is taunting him, waiting to strike at the women of Pike…

Then women begin to get murdered. Discovered naked barring a red ribbon wrapped round their neck, their throats slashed and each victim looks like they have been tortured.
Kir realises (to his horror and shame) that his father was telling the truth and he’s worried that Lynne might be the last victim in this serial killer’s list. As the two try to figure out who the killer is, the two grow closer…

I’m a little torn over this. On the surface, I liked this. It’s fun. But I would call this a holiday thriller. Something you can read on the beach but then discard once done. Now, nothing wrong with a holiday thriller. I think with everything that’s happened this year, we need more of these types of books. Books you can read and enjoy shamelessly.

But we do have problems if you look a little closer to this. Our two leads aren’t detectives. They are amateur detectives – a vet and a business owner from the big city of Boston – and yet, they seem to discover a ton of information and clues. Far more than should be possible. And we didn’t really see the Police do anything and, when they did, it felt like a personal agenda was happening rather than they hunting to the truth (not exactly great when you see what has been happening to Police forces round the world the past 12/18 months).

But the biggest issue I had with Don’t Look is that, at times, this book seemed to suffer from an identity crisis. Is this a romance suspense, a romance thriller or a just a thriller with a romance as a subplot? I have read books that have found the balance (which is hard, I grant you that), but because this book has such a high death count in a short space of time (this book takes place over several days. Four or five?), the serial killer thriller element overpowered the romance. And because of the timeframe this book, the romance between Kir and Lynne happened very quickly as well. I get why, but I wish there was something to kickstart it more. Some history between them (former lovers, for example) rather than they lived in the same town when they were kids and knew each other vaguely.

This is, I believe, the first in a series. It’ll be interesting to see where this series goes as only a few characters came out of Don’t Look likeable and the stakes need to be lower than a serial killer as we don’t want to enter Midsomer Murders, Murder She Wrote or Diagnosis Murder territory. And with the stakes lower, the romance might feel more organic and not rushed.

Though I didn’t like certain elements within Don’t Look, I did generally like this and I am open to reading the next book in the series.
Posted by Pewter Wolf at 07:30:00