I Am not Raymond Wallace Extract 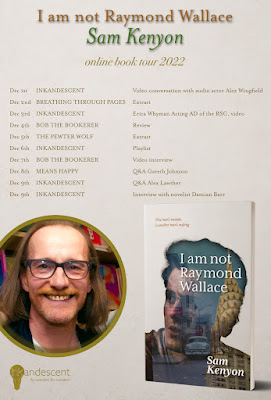 I have an extract for you guys! It's a little grown up, but I think you will like it!
I Am not Raymond Wallace by Samuel Kenyon (Inkandescent) follows Raymond Wallace in Manhattan, 1963, a few weeks before the shocking events of President Kennedy's assassination. Raymond joins the New York Times newsroom on a three month bursary from Cambridge University. But it's not easy because, soon, he finds out that his boss is being blackmail by his estranged wife and he finds himself getting involved in the straight-laced Dotty's assignment about the "explosion of overt homosexuality" in the city.
While on an undercover assignment, Raymond discovers a world where he feels like he can be himself and stop pretending to be someone else. This is where he meets Joey. But both men are in a time where the choice facing them is conformity or courage, and Reymond's decision will have far reaching consequences for decades to come until, in 2003 Paris, Joey meets a young man named Joe whose life is deeply connected to Raymond's...
I am thrilled to be involved in this online blog tour and I am honoured that Justin from Inkandescent asked if I wanted to be involved and share an extract. It's a tiny extract from Chapter Six where Raymond meets Joey for the first time.
Now, before I share the extract with you, I want to thank Justin for asking me to be involved and if you want to say hi to Sam, you can via his website - samkenyon.com - or popping him a quick tweet (although the way Twitter is going the past few weeks, tweet while you can) at @ogleforth. If you want more info about I Am not Raymond Wallace, you can check out Inkandescent's website - inkandescent.co.uk.
Now, ONTO THE EXTRACT!!! 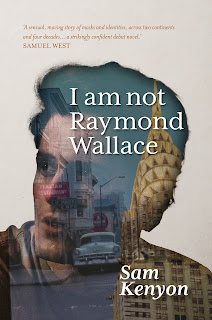 Even now, even having made it thus far, Raymond hesitates to make the first move in case he’s misunderstood the situation. He walks over to the window and breathes onto the glass. It is somehow important to him that his breath still condenses; that this night obeys the laws of physics. His breath clouds the pane. He wipes the condensation with the sleeve of his jumper and looks out at the streetlights. He sees in them so many days of longing, of wondering: beacons of anticipation. In the morning they’ll go out, as if realising the significance of this night. And tomorrow night he’ll watch for them again. But tonight, he can’t imagine how they’ll look then, or with what eyes he might see them tomorrow. After tonight, Raymond cannot conceive of how he will read anything, ever again.

Joey is behind him. He touches Raymond’s right shoulder. Raymond stops breathing. The windowpane becomes clear. A gentle pressure turns him round. Joey’s eyes glint in the glow of the street lamps. He inclines his face towards Raymond’s but Raymond does not move. Joey retreats, leaving a space between them. Raymond leans forward, then—half an inch before their lips meet—hesitates once more. This time, though, emboldened by Raymond’s movements, Joey’s face pursues him. Raymond wants to say, again, I’ve never done this before, but it’s too late for all that, because the back of his head is touching the windowpane and Joey’s lips are on his, and it’s lucky there’s a window sill to catch him because, as they kiss, Raymond’s tired legs finally fail him, buckling under new sensations. Joey catches him, laughs, kisses him again, and Raymond feels the unctuous pressure of Joey’s tongue parting his lips as Joey’s hands drop to his hips, his thumbs at that crucial juncture, and Raymond realises now that this makes him the angel: Joey makes Raymond into an angel, and Raymond parts his lips to allow Joey inside. It’s fast and it’s beautiful and it’s no longer clear who’s doing what, who’s leading whom. What’s clear is that this night above all is when it all takes place. When Raymond becomes part of Joey, and when Joey becomes part of Raymond. This is, at last, the beginning. Which also makes it the end, in a whole other world. Because, after all, this is what takes place before everything else—though at the time, of course, there is only the moment: this moment.

Lifting his hands from Raymond’s waist and putting his arms around him, Joey pulls him tight against his chest. Raymond breathes in a deep breath, then lets out a tremendous shuddering sigh. Joey rocks him, holding his angel tight—hoping to make him stay, perhaps—then steps back. Raymond smiles sheepishly and looks deep into Joey’s eyes, his pupils wide like eclipses; his cheeks flushed.

‘Come on, stranger: let me take you to bed.’

Joey lifts Raymond’s hands in his, and—walking backwards— draws him to the edge of the bed. Joey sits and, as he does so, Raymond makes out the tented evidence of his arousal beneath his shorts, and feels suddenly out of his depth once more.

Joey smiles resignedly, as though he has been half-expecting this. ‘Don’t be sorry, Ray,’ he says. ‘It’s okay.’ He pats the bed beside him. ‘But sit a while, won’t you?’

Raymond’s head suddenly swarms with phrases from Doty’s books, and he hesitates—his breath high in his chest—but then Dolores’ words come to mind like a life raft and he consents to sit mere inches from Joey’s bare thigh.

Joey swallows, then shrugs. ‘We don’t have to do anything,’ he says in a way that almost makes Raymond smile. ‘I mean: don’t get me wrong, I’d like to, but...’ He leans forwards, elbows on knees, one hand worrying the other. ‘I’m lucky: I get that. Here, I mean. But hey: aren’t you here, too? So why not stay the night?’ He smiles sincerely, holding his hands out as though in innocence. ‘I won’t touch you. I promise.’ Then his eyes dart across Raymond’s torso and he adds: ‘unless, that is, you want me to. You are seriously cute.’ Raymond’s face is suddenly wide open like a child’s and now it’s Joey who looks as though he might weep. ‘Jesus, Ray: what did they do to you?’

Whilst Raymond can’t point a finger towards a single person or event, still he feels a truth in Joey’s acknowledgment that something has been done to him, and feels damaged. Then with a rush of clarity, he understands what Dolores means when she says that these articles matter—because now he can see that, if it is absolutely possible to be Joey, it is equally absolutely possible not to be Raymond; that circumstance has led him to be the way he is, feel the way he feels. This thought initiates fresh ambitions: the possibility of unravelling that knot within him, and of cleansing himself of corrosive residues. Tentatively, concern furrowing his forehead as though he is requesting something that will—not unreasonably—be refused, he asks, ‘do you think you might hold me?’

Joey exhales through his nose in relief and says, ‘Sure, Ray. I’ll hold ya,’ in the manner of a solemn promise. He shifts back onto the covered bed, beckoning for Raymond to join him. Raymond does so cautiously, before permitting himself into the safe embrace. Snuggling into Joey’s armpit, resting his head on Joey’s shoulder, he watches as Joey’s eyelids flicker, then close. As Joey’s breathing evens out into gentle snores, Raymond even allows himself a smile. The lights of cars migrate across the ceiling. He counts them like sheep, and they dwindle in frequency until it’s just the two of them lying there together, lit by the lambent streetlights. Raymond bravely places a hand on Joey’s belly, feels the somnolent rise and fall, and as he begins to drift off into the pleasurable safety of a dreamless sleep he understands—at last— what it is to be alive. 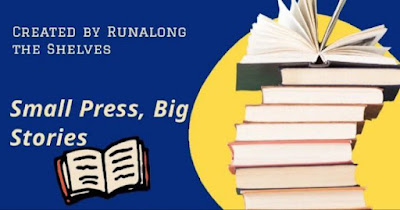