Okay, it's very late and I want to keep this short (doubt it, but here goes). This is the short-ish review of Fallen by Lauren Kate (read by Justine Eyre - yes, another audiobook!) 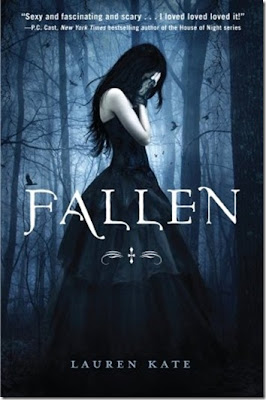 After horrible events that happened that summer, Lucinda (or Luce, for short) Price joins Sword and Cross reform school (yes, reform school!) and Luce finds herself trying (and failing) to fit in. But the shadows - things that only she can see - have followed her there, making her fear the worse. But things beginning to happen, making her question herself. Why is handsome Cam trying so hard to win Luce's affections? Why is the boy she is slowly falling for, Daniel Grigori, acting so cold towards her? And where has she seen him before...?

Okay, am going to be honest. Why did I try to read, then got the audiobook? First, the cover. It's lovely, isn't it? And plus, I have heard good (and bad) things about it online and I wanted to see for myself.

I am on the fence with this book. I like it, and yet I don't. The start of Fallen is very hard going. For the first half of the book, it's very slow. It's character driven, I do get that! But for a boy/man, I need something to happen. And, after the prologue (which is another reason why I read this book), it felt like we came to a grounding halt.

But once you got to the second half of the book, then it got interesting. We started to see some action and some mystery. Though I do question Luce's way of getting to the bottom of what's going on. 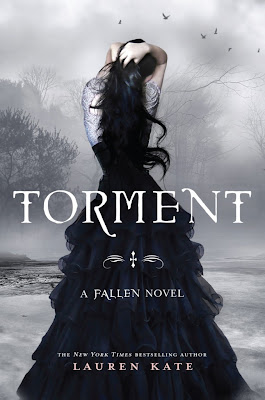 I sense that, even though this book is a slow read, if you took your time and really give yourself into the book, then it would be rewarding. But it took me a while before I got hooked. I feel so bad for saying that.

BUT - I do know Disney has the film rights to this book and the rest of the series (2 sequels and a prequel) and I can't help wondering how will Disney make this into a film. Fallen is set IN A REFORM SCHOOL! Not very Disney, is it?

Okay, the sequel - Torment - yes, I might give this a go. I mean, the cover does look pretty.

Am ending there. BED TIME!

PS - yes, I still think the cover of Fallen looks like the Weeping Angel from Doctor Who!

PPS - Trailers for both Fallen & Torment and song linked to Fallen. Yes?