Was asked if I could put this press release on my blog and, after reading this really interesting blog post from Floor To Ceiling, I thought I would share with you...

London (July 19, 2011) – Atom, the children’s imprint of Little, Brown, is teaming up with Stardoll, the largest online social gaming site for tween and teen girls to quench the thirst that teens have for fantastic fiction by launching an interactive book club. Stardoll members are invited to join the club, interact with popular books and join Atom in reviewing books before they are published.

“We’re thrilled to be working with Stardoll to promote the Atom brand and bring some of our most popular series to their members”, said Gina Luck, Atom Brand Manager “We’re always looking for new and innovative ways to reach this audience and encourage them to read. With its 5 million very active UK members, Stardoll is the perfect vehicle.” 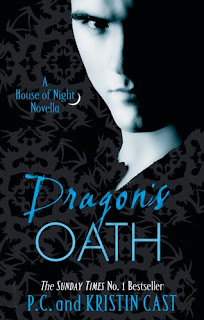 Stardoll will feature the book club for six months starting this week during which Stardoll members will be introduced to 4 of Atom’s bestselling series. Featured titles include Dragon’s Oath (the brand new House of Night novella); Nightshade and Wolfsbane by Andrea Cremer; Lost in Time (the latest novel in Melissa de la Cruz’s Blue Bloods series and Destined (the new novel in the bestselling House of Night series). From a campaign hub on Stardoll, members are invited to join the Book Club and receive a virtual Book Shelf to place in their suites. When they share it on Facebook, sign up for the Atom newsletter and read featured extracts of the novels they also receive virtual gifts inspired by each title. Stardoll members can also lead discussions around the book club and create sceneries to express ideas around the stories. Learn more about the Atom Book Club on Stardoll. http://www.stardoll.com/en/clubs/home.php?id=2867395

Atom are also reaching out to Stardoll members and inviting them to review books before they hit the shelves by joining their young reviewer programme, The Atomics. Learn more by following @AtomBooks on Twitter or join Atom’s Facebook Page http://www.facebook.com/AtomBooks

“The Atom Book Club lands at a perfect time on Stardoll kicking off with summer reading when our members are looking for creative inspiration”, said Chris Seth, EVP and General Manager at Stardoll “With the books made readily available in their online environment and the added social element to this campaign they’re certain to be a hit with our audience.” 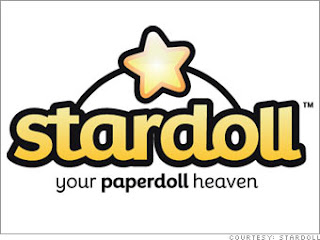 About Stardoll
Stardoll is part of Stardoll Media, the world’s leading group of websites devoted to young women and girls. Launched in 2009, Stardoll Media includes: Stardoll – the social gaming destination with a focus on fame, fashion and friends. Piczo – the original platform devoted to social self-expression and visual blogging; and PaperDollHeaven – a simpler, game-play environment for a younger demographic. Stardoll Media is the number one publisher globally in Comscore’s teen category, and works with many Fortune 500 brands as they look to engage with an elusive youth audience. Headquartered in Stockholm with offices in the US, UK and Germany, Stardoll Media is backed by two of the world’s top venture capital firms: Sequoia Capital and Index Ventures.
Posted by Pewter Wolf at 08:45:00