To celebrate the launch of his novel, Money Run, in the United Kingdom, author Jack Heath wanted to take over the blog and chat about how he researched and how extreme he research took him while writing Money Run. All yours, Jack! 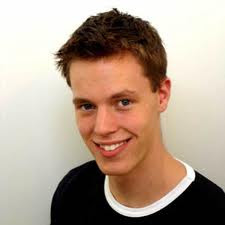 When you spend your life writing about safe-cracking, skydiving and bomb-defusing, the fastest way to lose your readers is to skimp on the research. They're already suspending as much disbelief as they can. The more preposterous the story you're building, the more solid the foundations have to be.

This is a great excuse to do things that are outside your comfort zone. You may not be able to find a real-life bomb to disarm, but your characters will need other skills. For Money Run, I wrote a scene in which the protagonist drove a stolen sports car off the roof of a skyscraper. I signed up for a defensive driving course beforehand, in order to learn how my car would handle high speeds in hazardous conditions. Not well, as it turns out. One of the exercises found an instructor sitting in my passenger seat as the car roared towards a stack of traffic cones at 110 km per hour. At the last second he'd shout either “left!” or “right!” Even on the few occasions in which I swerved the correct way, I always knocked over the cones.

It's not always a specific scene which prompts such a venture. Sometimes opportunities just arise. My brother, Tom, is an actor. Thanks to his connections, I was able to join a group of professional stuntmen as they learned how to handle firearms. It was with them that I learned never to write a scene in which a character takes aim, pulls the trigger, and upon hearing a click, realises that her pistol is empty. As it turns out, the chamber of almost any handgun will pop open as soon as the last round is fired, so it's impossible not to know when you're out of bullets. I also learned that no smart protagonist would fire two semi-automatics simultaneously – even if it were somehow possible to aim, the muzzle-flash would burn both hands, and the recoil would probably cause the character to shoot himself in the wrist. Unfortunately, I learned this too late for my first novel, The Lab.

The desire for authentic research is a suitable replacement for bravery. I once abseiled down a sixty-metre cliff face in the Australian outback. As I waddled backwards towards the edge, the rope clenched in my sweaty fist, trying not to look down, trying not to listen to the distant clatter of the pebbles I'd dislodged, it wasn't guts that kept me going. It was greed, and the knowledge that this experience would make a great opening chapter.

It's all well and good to seek these opportunities out, but the very best research is usually the kind that sneaks up on you – sometimes literally. I was snorkelling off the coast of Queensland as a 17-year old boy when Tom grabbed my wrist, and I followed his gaze to see a two-metre shark lying on the sand below us. Its dorsal fin was almost within arm's reach. We both floated in silence as the current towed us towards two other sharks, lying as still as shipwrecks. We'd inadvertently swum into a breeding ground. My heart leapt up my throat when the sharks launched themselves off the ocean floor, stirring up a blizzard of sand. When I could see again, they were gone. 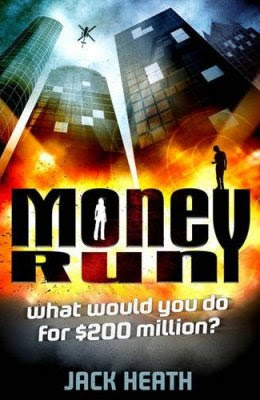 Tom later told me that they had been lemon sharks, a species which rarely attacks humans, and so far has never been the official culprit of a fatality. I didn't find this as reassuring as he intended it to be – but recollections of the fear have helped me write several shark attack scenes since then.

But personal experience has its limits. I've never defused a bomb, or picked the lock in a set of handcuffs. I've never been infected with anthrax, or attacked by a gorilla. If I refused to write about these things just because I'd never done them, my books would be half as long and a third as interesting. Instead, I bridge the gaps by reading books whose authors have done them. Christopher Hitchens has been water-boarded. Ian Fleming commanded a unit of commandos during WW2. Philip K. Dick was investigated by the FBI (and now he actually is a robot.)

No one person's life has ever matched the combined intrigue of a hundred books. That's why, when I research, I rarely go any further than my library. The events listed above are mere exceptions. An interesting life is a wonderful thing to aspire to. But whether you're a writer or not, it's equally important to read about the lives of others – real and fictitious alike.

(Quick thanks to Jack writing this guest post and Liz for setting this up! THANK YOU!)
Posted by Pewter Wolf at 09:00:00