I am thrilled that Laure Eve, author of the debut novel, Fearsome Dreamer, is taking over the blog and is chatting about the inspiration behind this new series. The book is out tomorrow in the UK so if this post excites you, please go out and buy it! Now, am going to hand it over to Laure! 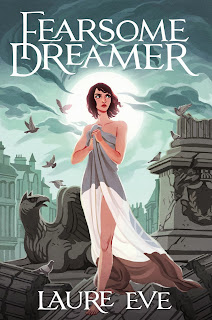 The idea for Fearsome Dreamer came out of those dreams you sometimes have that are so vivid when you wake up, there’s a moment, an uncomfortably long moment, where all your senses ferociously believe that the dream is real. Until reality clicks back into place, and your dislocation fades.

Well what if, for some people, that dislocation never goes away? And what if what they dream is real?

The world of Fearsome Dreamer is rooted in alternative history and posits the idea that England, at some point in its history, lost against France and subsequently became part of its empire. War after war took its toll, and after suffering through near genocidal attacks and the dissolution of the French empire, England turned its back on the rest of the world.

The rest of the world moves on, conglomerating into larger and larger cultures, and England is left behind, a tiny island of no importance with something akin to Victorian levels of technology.

From these two very opposite cultures come the main characters, Rue and White. Rue is a very natural creature, attuned to the rhythms of the countryside, drenched in emotion and life. White has grown up surrounded by endless virtual realities and a colourless, pristine environment. He is all control and distance, keeping his feelings locked up and hidden away. Rue has no idea how to lie or to conceal. Everything she is shows on her face and in her body. They are fundamentally very different from each other, and yet share a bond through this strange ability they both have with their dreams, which is known as Talent.

By now you might just begin to notice how I like opposites - opposite cultures, opposite people. Opposite religious beliefs, technology, the natural versus the manufactured. But running through it all, the very human aspects that unite us, no matter what background we come from – ambition and desire, loneliness, obsession, and the need to understand why we are what we are, and what our place in the world is. 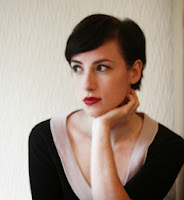 One of any writer’s ambitions is to create a story that pulls you in so much it’s like being underwater, the real world muffled and far away. You surface as you finish the last page, and everything comes back in a rush.

Those are the best stories. If you read Fearsome Dreamer, I sincerely hope you enjoy it. And if you feel like that while you’re reading it, you and I share the same kind of story love, and that is very, very cool.
Posted by Pewter Wolf at 07:00:00