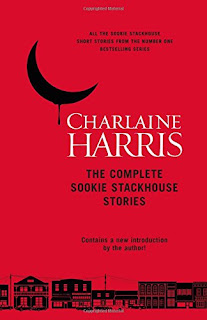 Not sure how I heard of this (chatting to Stevie at Gollancz or seeing the US edition on NetGalley), but as soon as I did, I knew I wanted to read it. A complete collection of all Sookie Stackhouse short stories - yes please! Plus, I have read a tiny handful of Charlaine Harris (3 novels and a collection of five short stories of Sookie Stackhouse and audiobook of the first Midnight, Texas trilogy) so I know her writing style and get on with it.

So, when Stevie emailed a month or so ago about this and another title (The Seventh Decimate by Stephen Donaldson), I jumped at them both! I have said that this year I want to read more adult fantasy but I knew that I could devour the stories set in Bon Temps.

Within this collection, we have ten short stories (ok, nine and one novella) that follow Sookie as she tackles the paranormal world, from investigating the murder of a fairy, discovering her cousin was a vampire to going to a wedding with her shapeshifter boss and remodelling her best friend's house. All have a supernatural twist in the tale.

To me, this is a better fitting farewell to the Sookie Stackhouse series then After Dead, which most fans really disliked. But seeing as I haven't read the complete series or After Dead, I can't comment but this felt like a fun collection.

There is a snag before I talk about each story quickly in turn. Five of the short stories - the first five, truth be told - have already been published in the a collection a good several years back called A Touch Of Dead (my review for that is here), so I you have already read or bought the book and going towards this, you have already ready five and are paying for the five you haven't read... Although all these stories have been published in other collections.

So... thoughts on the stories. I do want to go into each in turn but that would make this blog post boringly long so I won't. I am going to mention some of the stories I really liked and the ones that surprised me. That to me sounds more like fun.

Out of the ten, the novella Small-Town Wedding surprised me the most. I saw it was the only novella in the collection and groaned. I want fast, fun stories, I remember thinking to self when I read the introduction, not this! But once I started reading this, I didn't want it to end. I forgot how much I like Sookie and Sam's relationship (I don't know if they get together at the end of the book series. I kinda ship them but I'm not sure I want to read Dead Ever After as I feel I need to read the other books before can attempt that) and  I had fun with the story. But, there was a bit of a punch to this as with the political climate at the moment with race, same sex marriage and rallies/marches, this came close to home. But showing the important message that love is always more powerful than hate.

I also enjoyed reading If I Had A Hammer and Playing Possum, both of which featured characters I haven't met in my readings of Sookie so might have to backtrack a little on that front. 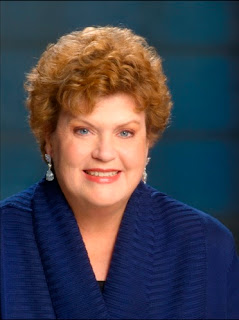 However, like with most collections of short stories, there are going to be some that don't grab you. And I have problems clicking with some. I liked the first half of Two Blondes, a short stories that explored Sookie's friendship with Pam but then, the story took a turn and I was doing a "Huh? WTF? Am I reading this right?". Though I liked Gift Wrap when I read A Touch of Dead, I reread this and I kept putting the book down. It was fun, but there was something about this story that didn't sit right with me. And, though I didn't warm to the last short story in the collection, In The Blue Hereafter, I get why. This story was written in third person (Sookie's stories are usually written in first) and it followed a character, Manfred Bernado (who we first met in another of Harris's series, Harper Connelly, and becomes one of the main characters in Harris's latter series, Midnight, Texas), who meets Sookie...

A mixed bag of Sookie Stackhouse stories, but it reminded me how much I enjoy reading this character and Charlaine's writing. I sense I might have to read a Sookie Stackhouse novel sometime this year (I keep leaning towards Dead Ever After, maybe another story... All Together Dead? Dead as a Doornail? Deadlocked? Club Dead?). Or maybe I should try the second book in the Midnight, Texas trilogy? Decisions, decisions...
Posted by Pewter Wolf at 07:30:00