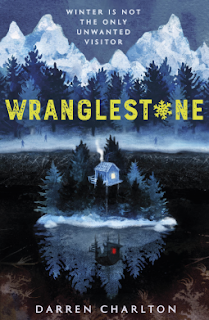 I hate zombies. Out of all of the well-known supernatural creatures in pop culture at the moment, zombies freak me out the most. Hence why I’ve never read/watched The Walking Dead and it took the Other Half YEARS to make me watch Zombieland (it was in the cinema on our first date but, due to me hating zombies, we watched District Nine instead). There are exceptions to this rule - though it is VERY rare. I adore the Old Kingdom series by Garth Nix and I have read books and series where they are hinted at, but normally, I stay away.

So why, I hear you ask, did I was to read Wranglestone so badly? It’s a zombie book. Yes, but it features at its heart an LGBT romance. And this is the main reason I wanted to read this. I haven’t heard or read a zombie book that has a same-sex relationship as the main romance before.

Set in post-apocalyptic America where the Dead are Restless, one of the few safe havens is Lake Wranglestone. But Peter never feels like he’s fit in the safe community. He’s not like Cooper, a boy he’s always watched from afar, who’s strong and brave and fearless. Peter is more a homebody. And when he puts the community in danger after naively allowing a stranger to come ashore to one of Lake Wranglestone’s islands, he is forced to leave the islands and help Cooper herd the Restless Ones away from the shores before the lake freezes.

But as the pair realises that’s something to their long-held feelings for each other, both discover a dark secret about Wranglestone. Meaning they have been lied to their whole lives…


I am going to admit this right now, it took me most of January to read. I know, this isn’t because I didn’t like the book. I did! But I found time to read really tricky. Work and real life suck at times for a book blogger/vlogger as this is a secret, second-yet-unpaid job. If anyone wants to pay me to read and blog full-time, go for it!

So… Wranglestone. Ok, where should I start? 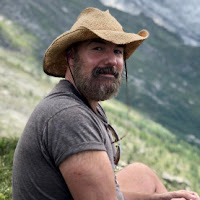 This is an interesting debut novel as the writing and prose are beautiful. On this front, it was strong and it carried me along with the story. And I found the romance between Peter and Cooper a joy to read (though I know some of you will go “It’s very insta-love” but with the whole zombie situation, both characters having crushes on each other for quite some time and a few other factors, I will forgive this) and I found what this book was adding to zombie mythology quite fascinating and intrigued to see how this builds throughout the course of the series. Seeds of something bigger have been planted, me thinks...

I do have some problems. It mainly comes down to two factors: pacing and plot complex. I get why, don’t get me wrong. I completely understand why the first 100 or so pages were slow - world building and getting readers to understand. But at the 150ish mark, the pacing goes up several gears and you are running. You need to be on the ball when the gear shift happens as the plot gets darker and more complex. And because of this, there were several times I had to stop and reread a page or two back to keep everything straight in my own head.

Despite these flaws, this shows signs of being a promising new series and I can’t wait for the next instalment, Wranglestone: Exodus!
Posted by Pewter Wolf at 08:00:00