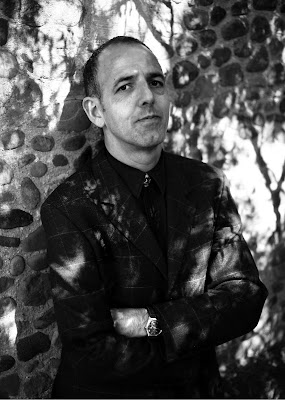 Today, Chris Priestley is taking over my blog as part of his Mister Creecher blog tour! Here, he chats about his top five Frankenstein-inspired movies! So, I'll hand it over to Chris...

The top five Frankenstein inspired movies
Cinema and television played a huge part in my development as a writer. In the case of horror fiction, I was encouraged to read the book because of the movies they had inspired, whether it be Dracula or Dr Jekyll and Mr Hyde or The Masque of the Red Death. Here is a list of my top five Frankenstein inspired movies:

Frankenstein
The 1931 James Whale directed movie is an extraordinary creation by any measure. It does owe a debt to Fritz Lang’s Metropolis from five years earlier, and even to The Golem of 1920, but they are cold in comparison. It is Karloff’s performance that makes this movie unforgettable and that has make Frankenstein’s monster part of our modern mythology.

Bride of Frankenstein
James Whale’s second visit to Mary Shelley’s novel was a lot stranger than his first and all the better for it. It also features a wonderful double performance by Elsa Lanchester as both Mary Shelley in the prelude and the bride. Now of course, if she was betrothed to anyone, it was the creature not his creator, and in the novel Frankenstein destroys his work before he brings it to life, but as with his first movie, James Whale’s lack of respect for his source material produces something a little bit wonderful.

Blade Runner
Frankenstein is the godfather of all rebel robot and android movies. Mary Shelley was playing with the issues around what it means to be human a long time before Philip K Dick wrote his novel Do Androids Dream of Electric Sheep? (filmed as Bladerunner by Ridley Scott). It also owes a debt to Metropolis (by way of Film Noir), but the famous dying speech by Rutger Hauer’s android before he dies seems to have something of the pathos and Romantic grandeur of Mary Shelley’s creature. 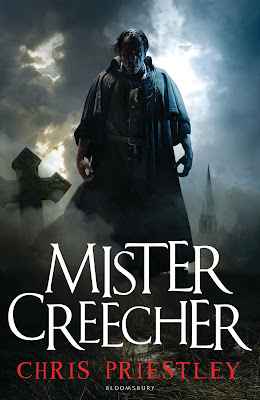 Terminator 2
The Terminator franchise also owes a debt to Frankenstein, of course (and what a great creature Schwarzenegger would have made) - but Terminator 2 deals more directly with some of the issues in Mary Shelley’s novel: about the arrogance of scientists and the unseen and potentially catastrophic consequences of invention. This James Cameron movie - teaming a teenager with the Terminator - was very much in my mind when I wrote my latest book, Mister Creecher.

Edward Scissorhands
Edward is a composite creature - like the creature in the movies of Frankenstein (although Mary was vague about how the creature was created in her novel). Tim Burton is always fascinated by the bizarre and the freakish and this fascination, as it is here, is usually sympathetic. Edward’s scissor-hands change from a disability to the means of creating beauty. A monster movie with a happy ending.
Posted by Pewter Wolf at 07:00:00