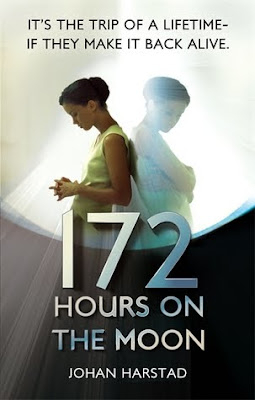 When I was told about this at the Atom Books Blogger Event last year, I got quite excited about it as it sounded so different to my normal reads. Plus, we were told that this was a chiller of a book (as I want to read books that are creepy/scary, this sounded up my street).

NASA is throwing a lottery of a lifetime. It is offering the chance for three teenagers to get a seat on a shuttle to go back to the moon. The first shuttle to return to the moon in over forty years.

So when Mia, Andrel and Midori win the chance of the lifetime (each with their own reasons to go to the moon), none of them realise that there was a reason why NASA hasn't returned to the moon in over forty years, and neither do they realise that they might not get the chance to return home...

Now, this won a huge award in native homeland of Norway (and with our sudden appetite for translation [eyes on The Killing and The Girl with the Dragon Tattoo]), will this book get the same attention?

Well, this book is a strange creature. I'm going to be truthful. This is hard to think about review as this is an odd creature. As a translation, I do like it. It didn't feel jarring to read so hats off to the translator of this book! 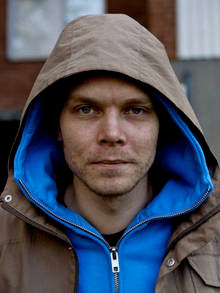 And this book has an odd grit to it which, for me, fall for this book. It was the sense of foreboding, where you know something awful is going to happen with the prologue and the chapters that follow the mysterious Mr Himmelfarb. But it's not till we get to the moon when things slowly begin to unravel and go, "Oh!"

This isn't an instant chiller read. It takes its time and, for me, it wasn't till the last 100-odd pages (and me reading this quite late one night) before things really began to get creepy. But it's the sense of foreboding that makes you keep turning the pages. You know something awful is going to happen, but you keep turning the pages, going "Please don't let him/her who's next... Not them..."

It might not be the instant chiller read I wanted, but I do like this book, and I hope Atom gets more translation for YA readers (for I think we're a smart bunch!). It became creepy and it's refreshing to read a book that takes it's time before it pulls the rug from under you. You might not want to read the moon chapters late at night, though... And you might not want to go to the moon after reading this...