The Story Behind Neo-Babel by Natasha Ngan

To celebrate the release of The Elites, the author Natasha Ngan is chatting to us about the city of Neo-Babel and, if this wets your appetite, there is a competition on Goodreads that closes soon so GO ENTER! Now, I will hand over to Natasha...


‘Once, our great city was just the seed of an idea,’ Tanaka began, his voice magnified by the small microphone strapped to the collar of his tunic. ‘A seed born from the riots that spread through the three great continents – the Mainland, Afrika and the Red Nations. A seed that was planted in the late twenty-fifth century, when what was left of the Global Council agreed upon the build of a city in the deserted lands of the former Eastern Europe. They dreamt of a place where civilisation could continue and flourish, where the disastrous effects of the sea-level rises, economic collapse and cultural dilution could be forgotten. A fresh start made.’ He raised his arms, his voice growing louder. ‘A city where history could be outrun, and in time, overcome. A city of hope, of sustainability, of unity. A city, dear citizens, named Neo-Babel!’ 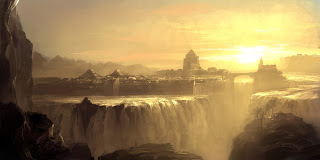 Cultures and worlds and the climate of our own earth has always fascinated me. I guess it was this, along with my love of worldbuilding and sci-fi and fantasy stories, that led me to write a book set in the future (multiple books now - my second one, The Memory Keepers, is set in a futuristic London!). When the idea for The Elites first came to me, I was studying Geography at university. That first flash of inspiration for the book was more to do with human genes than anything geographical, but as I envisioned this fascinating place in the future where people are streamed at birth according to their DNA, I started to wonder how this city came to be, and why it is the way it is.

As the extract at the beginning of this post shows, Neo-Babel was a city engineered by a global government in response to the disintegration of the world's most powerful civilisations. I don't really think that the events that led up to the creation of Neo-Babel will happen on such a scale (especially in the near future), but from what I was learning in my degree and my own research, I based the city's background on elements from current events and what I thought could be a possibility for our future. 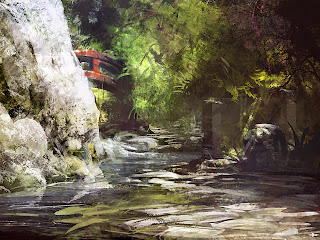 Creating Neo-Babel's backstory was so much fun! Although I had the idea for The Elites in my second year or university, I didn't properly begin writing it until February last year (2012). When I began the first draft, I made this big Word document full of information about the city and everything leading up to its creation. The Word doc grew and grew as I progressed through the first draft and found things I wanted to add or change. I wanted everything to be scientifically and socially correct. It was all very geeky! But it really helped me bring the world to life in my mind and make sure everything about the city had a valid explanation behind it. You could quiz me on where the city gets its energy from, or how they made all the waterways, or even where they get their meat and veg from when there isn't any farmland in the city (hah! Bet you want to know the answer to that now!) and I'd be able to tell you.

The sad thing is though, as a writer you can never include all the things you want to in a book. The plot and characters always come first - especially with YA and children's novels. And also with standalones. Think of all the amazing ideas J. K. Rowling had for the world of Harry Potter that we'd never have known about it if had just been a single book! Since all the worldbuilding I did for The Elites couldn't all fit in the book, I tried to create a believable, textured history and really make the readers feel as though Neo-Babel could be real by adding brief references to events of the past. For example, the Reds (ethnic Chinese) making the planes come down actually comes from a fun day's research about eletromagnetic pulses, and the materials I mention in the book like plastiglass are from lots of material science articles.

Despite all of this research, the one thing I didn't know about Neo-Babel long into writing was actually it's name! I was just using 'City' as I wrote at first. It's weird, as names are usually the first thing to come to me - I find it so difficult to write a setting or character without having found the right name for them. But with Neo-Babel it took a lot longer. Since the city was purposely created, I knew it would have a name that was meaningful and not based on an existing place, but nothing I tried really worked. Then my dad reminded me about the biblical Tower of Babel - a place where a united humanity comprising of multiple ethnicities and cultures came for shelter and safety following the Great Flood - and its story fit perfectly with my city's. I added the Neo because it's just a cool way of saying new!

Well I hope that's given you a bit of an insight into the story behind Neo-Babel! And if you're a writer too and would like a few tips on worldbuilding, I did a post here that you might find useful :)
Posted by Pewter Wolf at 07:30:00