I don't think I hide the fact that I don't know much about subscription boxes. I know you guys are more gemmed up on them - hell, you're all probably signed up to a bunch. But I never have. My main reason for this is (barring funds, of course) is that none of the boxes appeal to me completely. I like them, but nothing grabs me to make me sign up for several months and most don't allow you to get a one-off box.

So, when Loot Crate randomly emailed my late last year and said (I have lost the email so am paraphrasing here) "Hey, we really like your blog! Fancy doing a "Create Your Own LootCrate post?", I hesitated. It took a long time for me to go "Why not?". Not because I fear you guys would read this and go "HE SOLD OUT! THEY PAYING HIM TO SAY NICE THINGS!" (laughs at this thought. You haven't seen what I've done yet! Keep that thought to yourself at the moment!), but I went "Ok, if I was going to sign up to a subscription box thingy (and it wouldn't renew my subscription without me know! Am poor and need to pay rent!), what would I like in my first month's box?". It became a challenge. And I made a list of things I wanted and theme ideas and read other people's post and went "oooh!" over them.

But I'm late to the part. Life got in the way - Christmas, New Year, the horror that is Trump and Brexit and work and ARGH!!!! - so now, NOW, I have time to sit down and write my random box.

With every subscription box I've seen, there is a theme. Something that ties everything together: Build, Anti-Hero, Horror, Love, Elements, etc. But with me... that's the biggest problem. I am a mix of things so summing it down to one theme is hard. I am a book blogger, but I love video games, cats, dogs, diversity, tea, Harry Potter, I could go on. And you guys aren't the same either. One of you might love dogs and hate Harry Potter. Another might like Lush bath bombs and have to hide them from your other half/parents because last time, they thought it was a toilet cleaner and you came home to discover your toilet was on verge of vomitting glittery purple water!

I warned you this was going to be one of those post!

Anyway, like I was saying, people don't fit exclusively under one thing. But my main thing (barring books and diversity) was comfort. In a time which is scary, dark and (let's admit this. We're among friends) bat-**** crazy, we want something happy. Even if it's for a few minutes, before we go off to Modor. So, comfort. [Note from everyone who likes LootCrate: Andrew, you do realise this is a pop culture/geeky thing, right?]

So, books! I have a few (You were warned! Plus, what do you expect from me?)

The first is this beauty! Beauty and the Beast by Gabrielle-Suzanne Barbot De Villeneuve and illustrated by MinaLima (the people who help create the Harry Potter universe). And, with that, Ms Marvel - Volume 1: No Normal from Marvel and Wonder Woman - Volume 1: Blood from DC Comics. These tackle things that mean something - race, religion, sexuality, appearance - and makes us look at the person themselves. Their intentions, their mind, their soul. Yes, corny reasons, I know, but the fun stuff is coming! 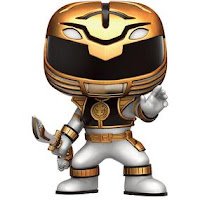 Next is Funko Pop. I mean, why not. I love a good Funko Pop (but have to stop self as I know I have self obsession problems with random items or "Dust Collectors" as my Nan would call them!). Now, I have a good few Harry Potter but seeing as none have been made in connection with Cursed Child (I NEED A SCORPIUS, DAMNIT!), I thought I would pick something very left-field. Now, as there's going to be a new Power Rangers movie (which might crush a lot of our childhoods!), I decided to throw a random Power Ranger at you. Now, because I wasn't sure what you all would like, I picked the Funko Pop of the White Ranger (though it was a close call between two others). Why, I hear you as. HE LOOKS LIKE A TIGER!!! NEED I SAY MORE? 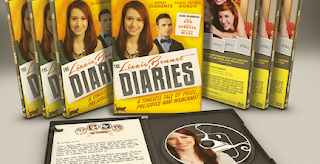 Next is another random left-field choice (I did warn you guys at start of the randomness in this post, right? Hence the gifs). And that is the Lizzie Bennett Diaries DVD boxset! And LootCrate thought Beauty and the Beast was the most expensive thing in this box? *laughs madly* Now, I know this is on YouTube for free, but there's something nice and comforting about putting a DVD on, snuggling under a duvet and losing several hours of your Sunday afternoon. Wait, you not seen the show? Here is the first episode... Have fun! 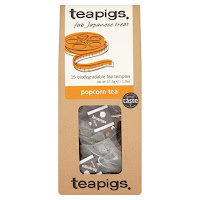 And what would go better with that DVD binge-marathon than a nice box of popcorn-favoured tea...

I feel I can't add anymore in there. But I could add so much more! I could easily put Harry Potter and the Cursed Child pens in there. I could put a Pirate outfit for your cat in this box. I could put Cookie Monster cufflinks that I saw. Or Calvin and Hobbes. Or Doctor Who. Or things that might make you go...

Anyway, if you stayed this long in this post, thank you for staying with this post for so long. I promise, normal booky-things will resume in coming few days...
Posted by Pewter Wolf at 16:30:00

Email ThisBlogThis!Share to TwitterShare to FacebookShare to Pinterest
Labels: LootCrate